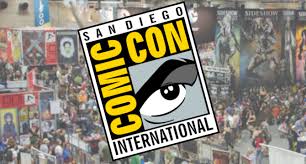 Comic-Con International will take place Thursday, July 24 in San Diego, California this year. This annual event first began in 1970 when a group of science fiction, comic book, and movie fans came together to launch the first comic book convention. The purpose of this single-day event was to raise funds and generate interest for a larger convention. The success of this event led to a three-day San Diego Comic-Con where over 300 fans dress up and express their love for art, entertainment, and nerd culture.

These fans also get into “costume play” or cosplay, which refers to wearing costumes and accessories to emulate a different character. Cosplay has become its own form of art and entertainment. Hardcore fans devote hundreds of hours and thousands of dollars to create their costumes. They also have their own blogs devoted to their cause. Every cosplayer has to start somewhere. Here are some tips you can use to create your own costume.

Have Fun With Your Costume

The most important tip is to have fun. You don’t have to create your own costume to become a part of Comic-Con. You can show your love by renting or purchasing from a wide selection of adult costumes (here). Buy something simple and add new accessories to your costume each year. 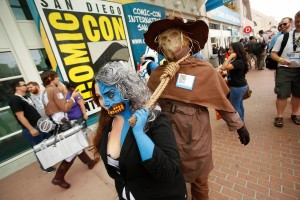 Don’t Dress Up as a Comic Book Character

Comic Book costumes aren’t a requirement at Comic-Con. You’re not just limited to these characters. Some fans dress up as their favorite sci-fi and Disney characters. You will see everything from Game of Thrones to Doctor Who. Choose a character that best reflects your personality and style.

Think Outside of the Box

Cosplay isn’t about becoming your favorite character. Sometimes, it’s about revealing a whole other side to yourself. Think outside of the box by becoming a steampunk or a burlesque character. A lesser-known character is also a good option, and will make you stand out of the crowd.

Make Use of Online Resources

The Internet is a great place to start planning your costume. The cosplay community is generally supportive on the Internet, and there are communities dedicated to both cosplay and Comic-Con. Need to know how to make a suit of armor? There’s probably a tutorial on YouTube. Want to know how to style your hair like Elsa? There is probably a how-to guide on Pinterest.

Conventions are hot, no matter what season, and you will be inside in close proximity with people, so consider the fabrics and accessories of the costume to portray your character. Use a strong deodorant since Comic-Con takes place in July.

Carrying large props and accessories can also be cumbersome since they’re too large or clumsy. Keep it simple and create a costume that comes in several small pieces and have comfortable shoes. Don’t wear 5-inch heels if you don’t need to.

Have Safety in Mind

Play it safe when it comes to your props and accessories. Never bring any real weapons to Comic-Con or any comic book convention unless you want to get kicked out. Check the venue restrictions before you choose which props you plan to use.

Be prepared to get extra attention from others if your costume wows the crowd. Stick with a friend or a group of people, and plan a safety exit before you enter the convention.

Be Prepared for Photos

People will love your costume if you put a lot of time and effort into it. So, expect to take lots of photos at the convention. Some fans were late to certain panels because they were busy taking photos. Use your character’s personality to make your costume translate even better in photos. 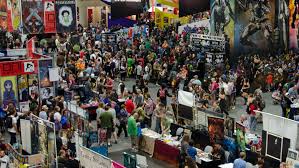