In Disney’s newest villain prequel movie, Cruella, everyone’s favorite fashionable villain serves multiple looks that are to die for! With all new looks comes all new hairstyles. One new hairstyle that caught my eye is Cruella’s curly angular bob with bangs. I love the look so much I wanted to recreate it! Here’s a quick and easy tutorial on how I did my own Cruella de Vil wig. 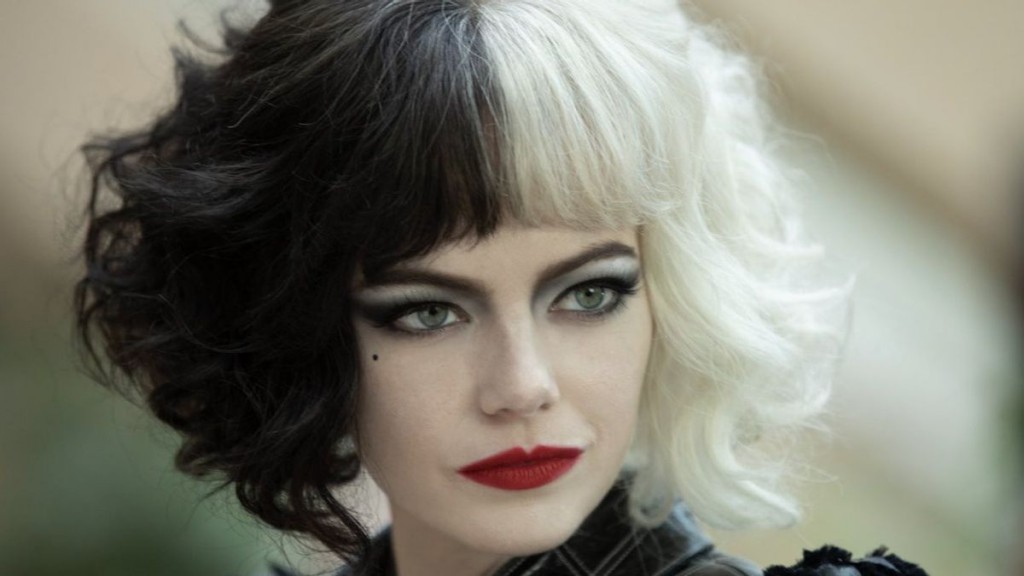 Step One: Put curlers in wig 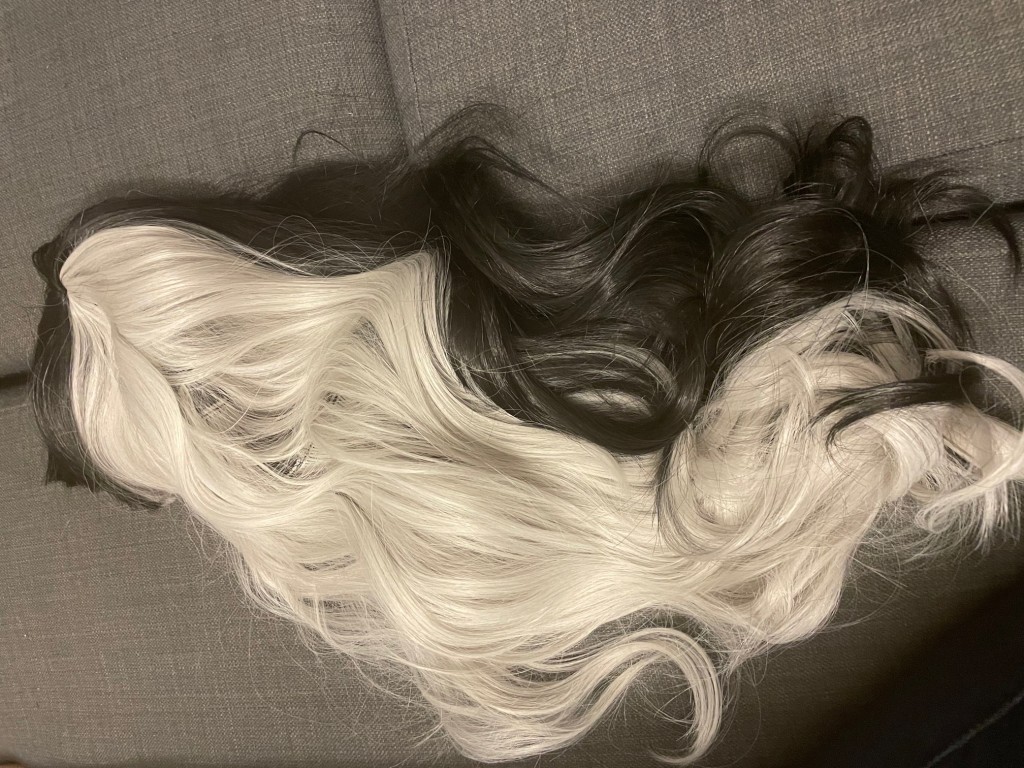 I used a long, straight, half and half wig with bangs for this project. Put curlers in the entire wig EXCEPT the bangs as they will remain straight. The wig already had a slight wave to it with large curls, so I used medium and small curlers to give it a tighter curl. I ended up curling the hair over rather than under to create the curls in the photo. 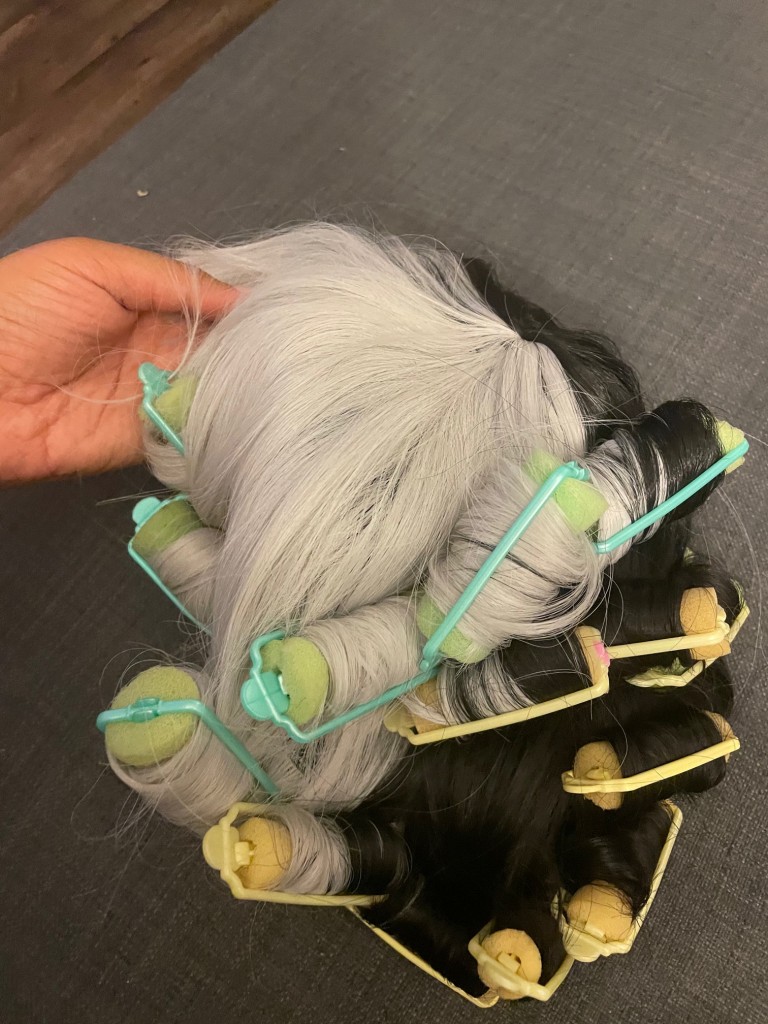 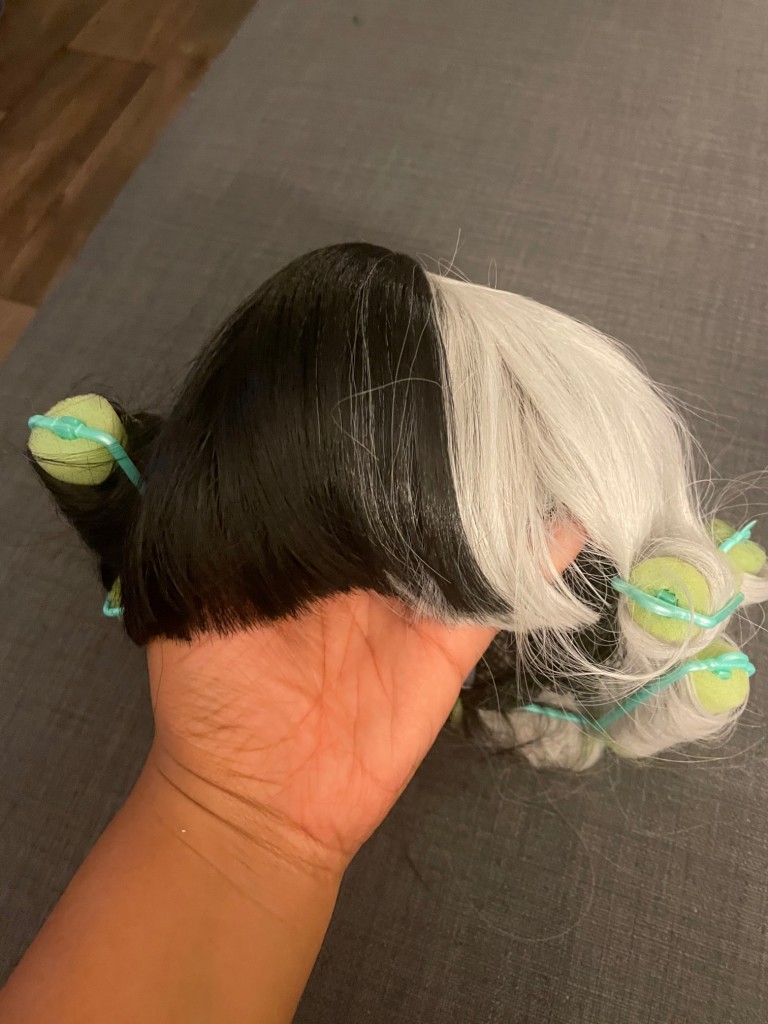 Boil a large pot of water. Once it starts to boil turn the heat off and let it calm down a little.

Place the wig in the pot and completely submerge it in water. Let it sit for about 30 seconds.

Use a pair of tongs to remove the wig from the water. After the excess water drips off I usually move the wig to a towel and let it cool off for a bit. Once it’s cool, I put it on a wig head to let it dry. You can also just leave it on the towel but be sure to rotate it so the bottom of the wig will also dry. 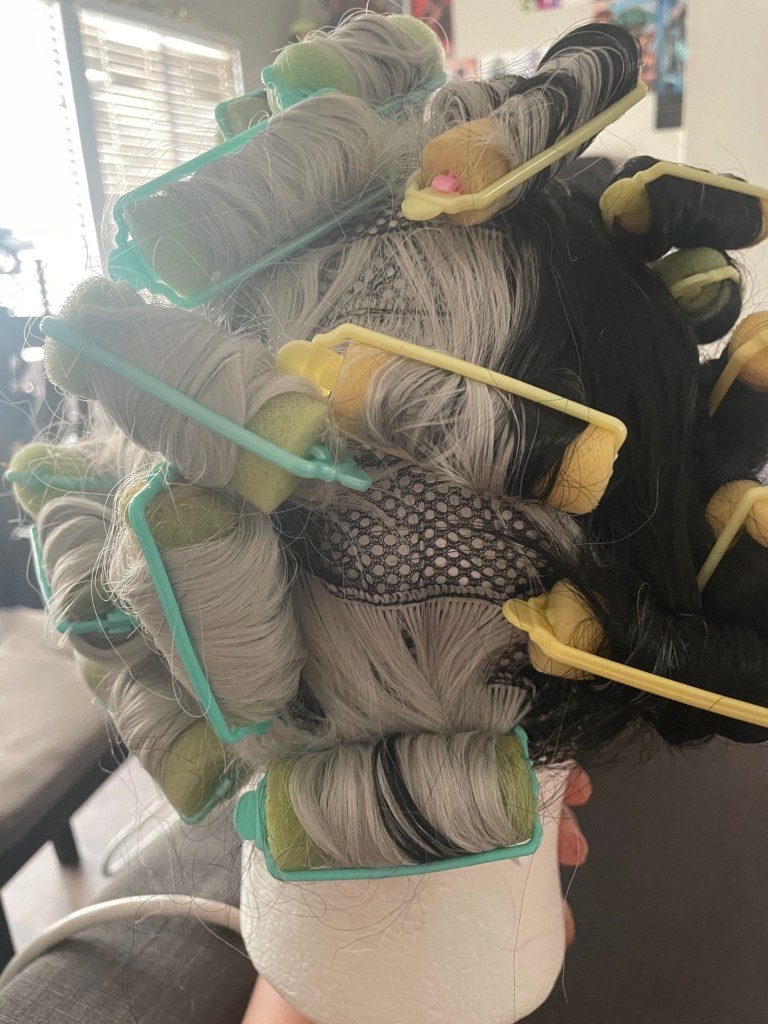 Once the wig is dry, remove the curlers. When you first remove them, the curls will be tight and Shirley Temple-esque. 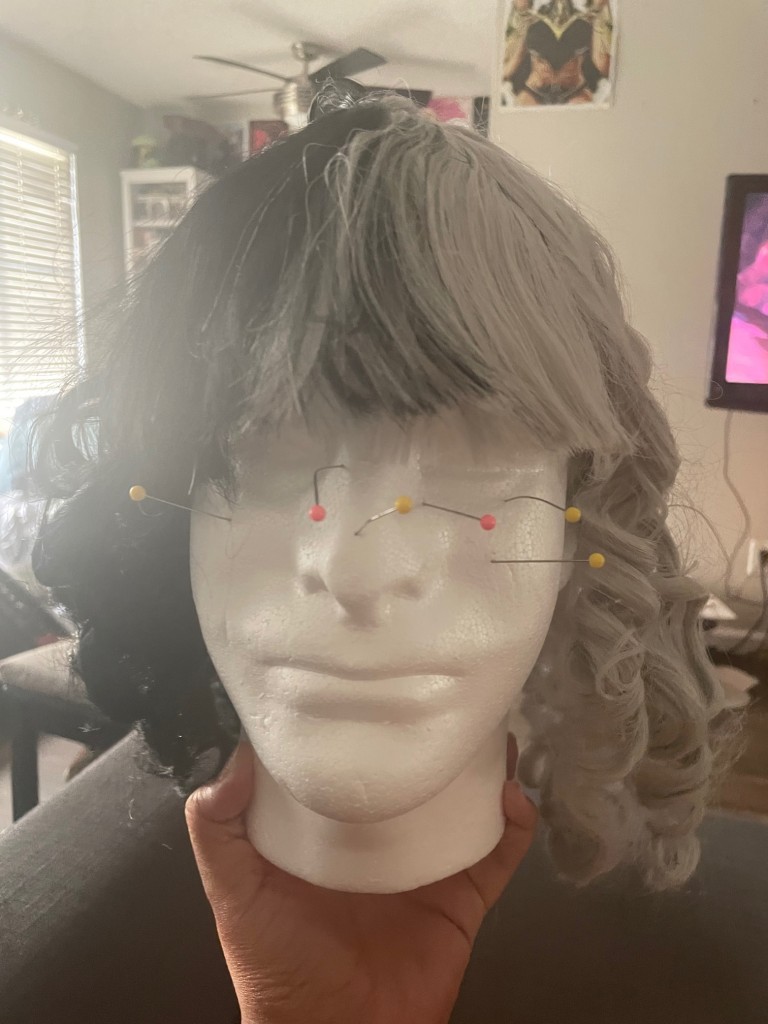 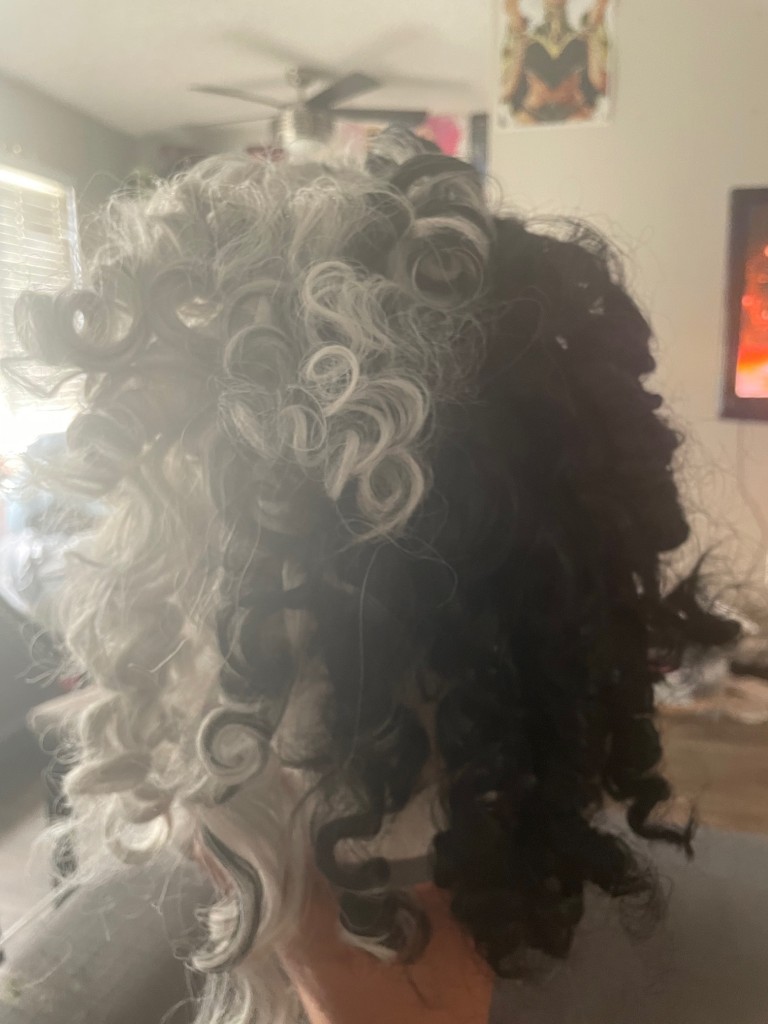 Then lightly brush out the curls, you don’t want to complete remove the curls. Just brush enough to loosen them up a little and make them fluffy! 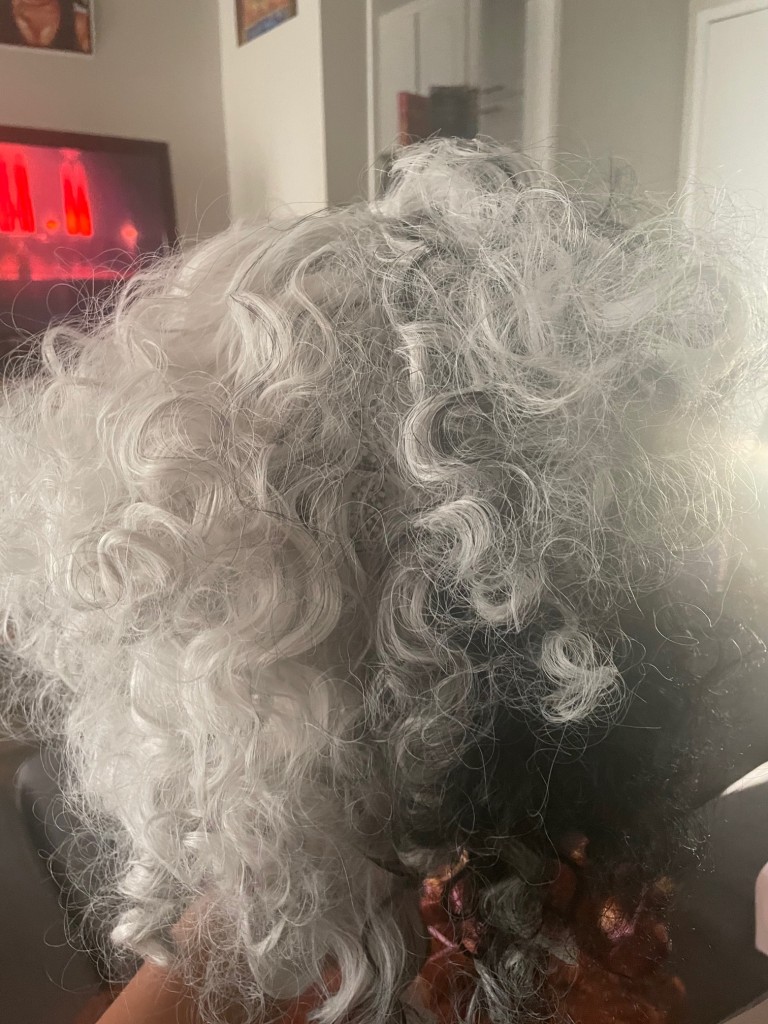 Step Four: Give it a haircut

Cutting an angled bob may seem daunting but once you have the wig on either your head or a wig head, the curls fall in a way that show exactly how you need to cut. The bangs being straight also help a lot. Be sure to leave the longest curls framing the face and cut at an angle all the way to the back! It was super easy and I actually didn’t have to cut that much. 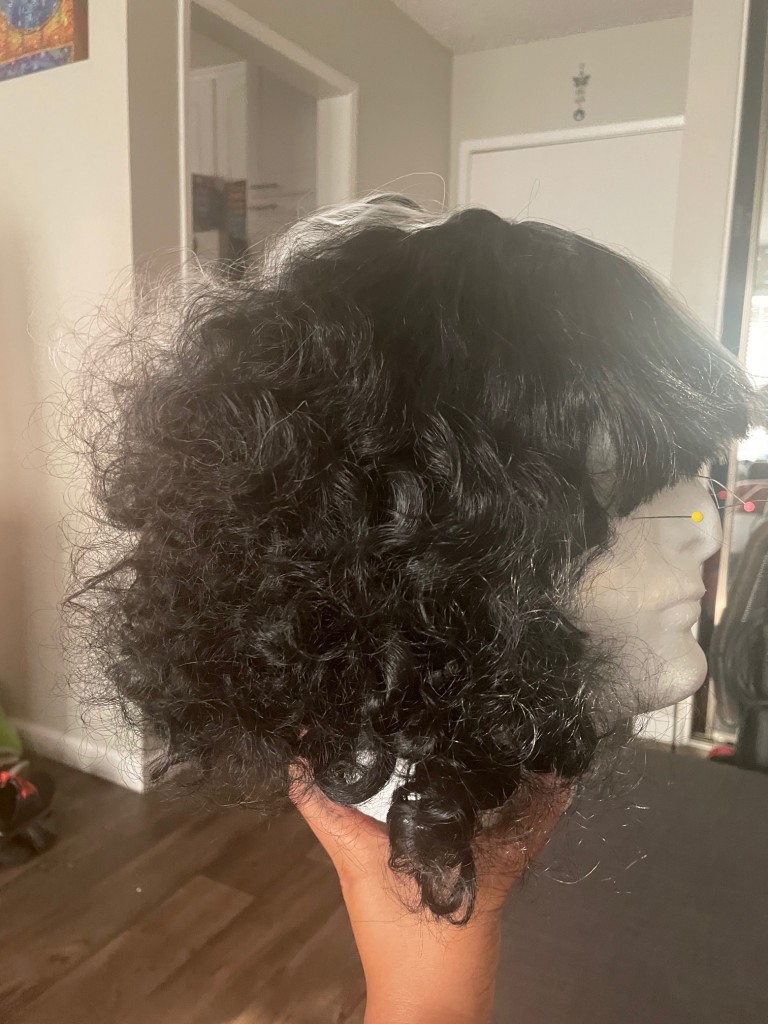 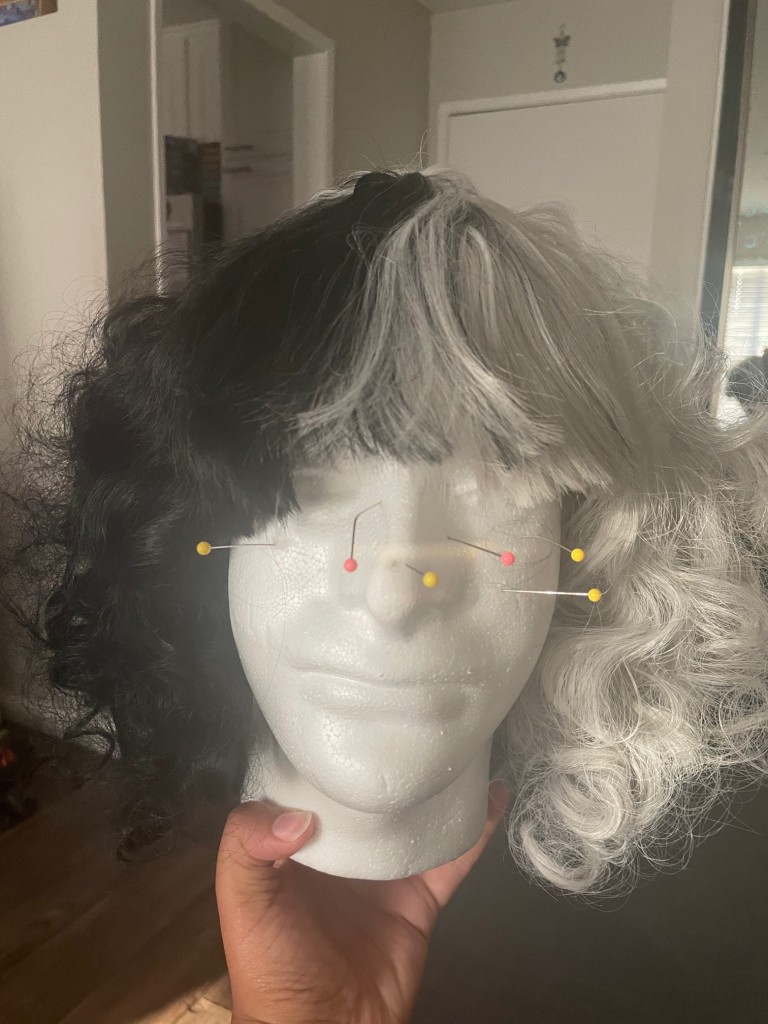 Now you’ve got an updated Cruella de Vil wig! it’s the perfect way to give your Cruella costume a fashionable, modern update. Try it out! 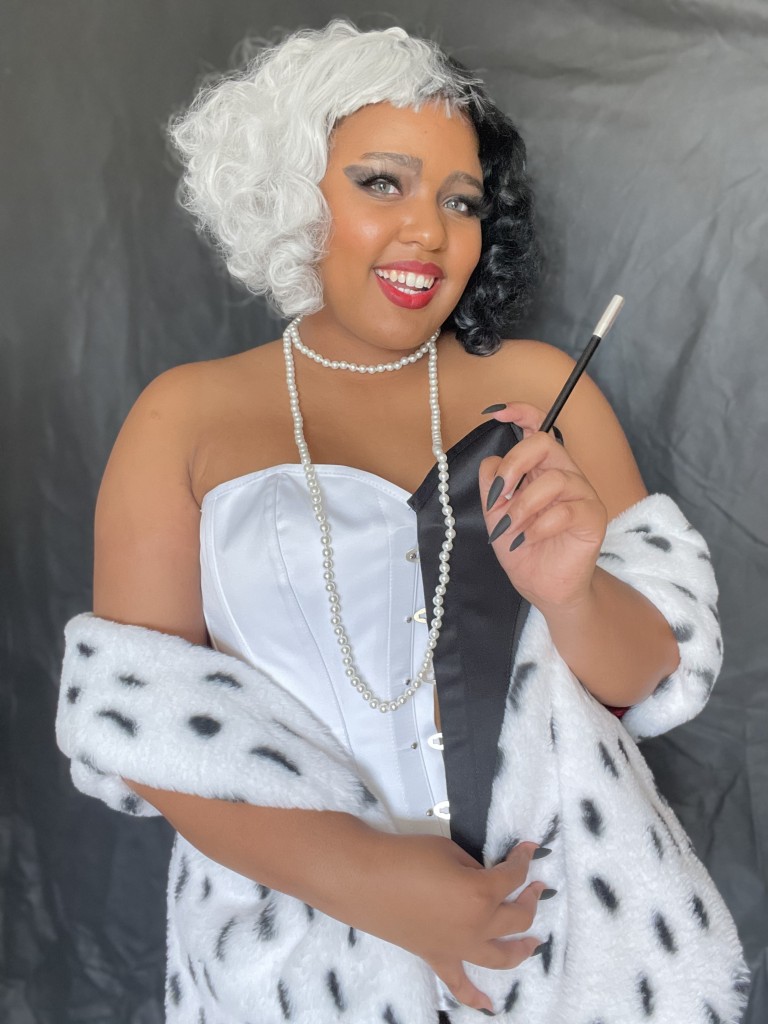 Check out the rest of our Cruella costumes and accessories like this Faux Dalmatian Stole to complete your look!