Last week, I wrote a blog listing all my favorite book recommendations for kids to read during Halloween season. This week, I’m giving you all my suggestions for scary books that adults can read!

I’m going to split my recommendations to two categories. This first one being more specifically Halloween-themed scary books.

The Year of the Witching 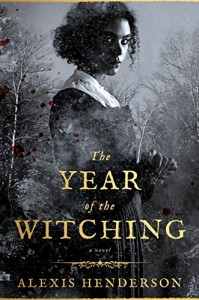 It’s hard not to think of witches when you think of Halloween so The Year of the Witching by Alexis Henderson would be a fitting book to read this time of year. The novel is set in Bethel, a fictional puritanical society, where Immanuelle is the result of a forbidden relationship between her mother, a Bethel woman, and her father, a Black man from the Outskirts. Immanuelle attempts to fit in even though she bears the weight of being known as the mixed-race daughter of a witch and an outsider. While The Year of the Witching does feature some spooky scenes, I love that this book features a strong female character who is discovering herself in a world of misogyny, sexism, and racism. 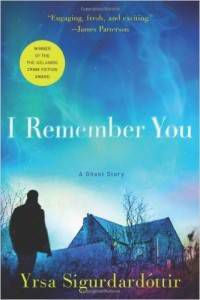 This book by Yrsa Sigurdardottir, based in part on a true story, is one of the scariest books you’ll ever read. I Remember You starts out as two stories in one. The first being about three friends who are trying to set up a bed and breakfast on a remote island. They soon discover they’re not alone and someone or something wants them to leave. The second story is about a doctor who receives a call about a woman who committed suicide. Why? Because her suicide note mentions the doctor’s son who vanished years ago. These seemingly different stories eventually meet and soon they find out the chilling truth. 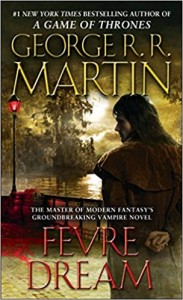 You can expect that the author of A Game of Thrones would definitely be able to reinvent the idea of vampires in an interesting way. George R.R. Martin’s Fevre Dream takes place mostly on a steamboat along the Mississippi River in the Antebellum era. Abner Marsh, a steamboat captain, starts to become suspicious of his business partner, Joshua York, when a string of deaths occur on along the Mississippi River they’re travelling on. It is later revealed that Joshua is actually a vampire but wants to rid his fellow vampires of their “blood fever”. Standing in the way is Damon Julian who feels that vampires are superior and doesn’t feel the need to suppress their blood lust. Martin creates a wonderful world of interesting characters and a unique vampire origin story that sucks you in from the start.

This category has less to do with Halloween or ghosts and witches and are more thrilling or suspenseful novels that should still get you into the spooky spirit for Halloween! Here are my picks for scary books in the thrillers/suspense category.

The Girl on the Train 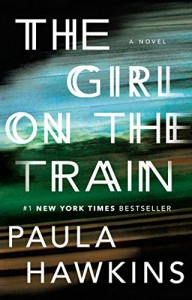 I actually heard about the movie starring Emily Blunt first. Even though I wanted to, I never got around to seeing the film. Instead, my brother let me borrow the book and I loved it. The Girl on the Train by Paula Hawkins is told from the point of view of Rachel, a divorced alcoholic who proves early on to be an unreliable narrator. Rachel takes the train to work everyday and always passes by a beautiful couple’s home. She eventually starts to fantasize about this couple and make-up their perfect lives in her head until one day, the woman disappears. Rachel is then determined to get involved and find out the shocking truth. This novel is full of twists and suspense and is great for anyone looking for a dark mystery to read about.

The Woman in the Window 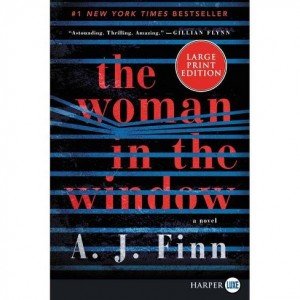 After reading The Girl on the Train, I felt empty and needed more. A.J. Finn’s The Woman in the Window seemed like the natural next book to read based on the title alone. While this book has some similarities to The Girl on the Train, namely having an alcoholic, unreliable narrator who enjoys watching other people’s lives, this novel has its own mysteries and surprising twists and turns. Anna Fox is an agoraphobic woman who lives alone in her house and spends her days drinking and spying on her neighbors, unable to venture into the world herself. One day she witnesses a murder across the street at her new neighbor’s house, or does she? No one believes anything she says so she ends up looking for the truth on her own.