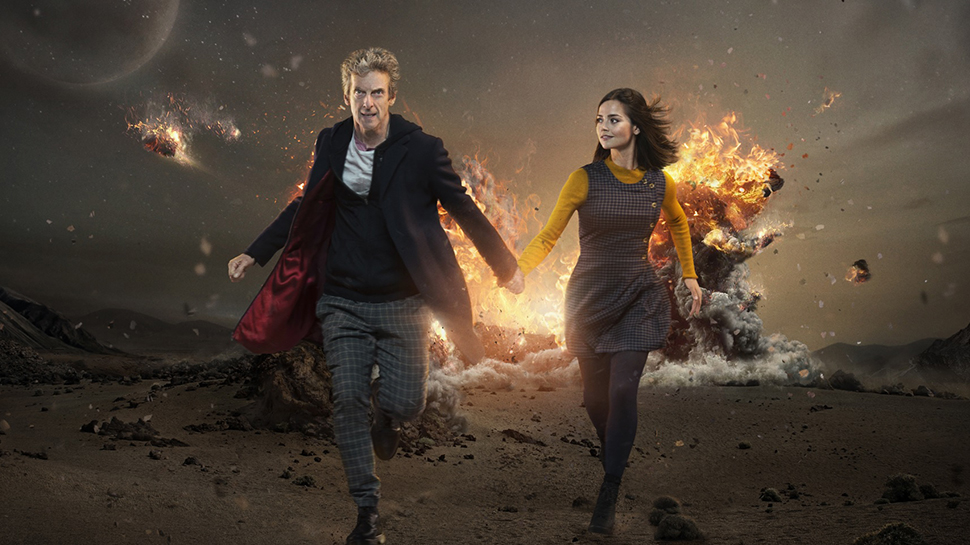 The fall television season is almost upon us and the familiar lass will arrive bearing gifts. It’s kind of an odd phrasing to choose nowadays – fall television season – when most of what Television Land has to offer has long since transcended the conventional fall period. Premieres which were previously confined solely to the months of September and October now show up throughout the entirety of the year. Commercial broadcast television networks aren’t even the sole proprietors of our beloved content. They now share the playing-field with basic cable and premium cable networks, and that’s not even including online providers such as Netflix, Hulu, Sony (PlayStation TV), and now Amazon. Yes, the landscape has changed, and for the betterment of the medium. You know the old adage, be careful what you wish for? Well, be careful what you wish for. There are so many great shows to satiate our geeky-sensibilities that it’s nearly impossible to watch them all, lest you give up the outside world and keep yourself plugged-in, as it were; but everything in moderation, right? Whatever your sustenance of choice is, this fall season has your order and it’s almost time to be served. Get your forks and knives ready, cause it’s gonna be quite the meal, kids.

Kicking things off on August 23rd is the highly anticipated companion-piece to the hugely successful and wildly popular Walking Dead series, Fear the Walking Dead. If you’ve been living under a rock, or perhaps been off-planet traversing the cosmos, allow me to provide a breakdown for you. This second series is set in the same world as the first, but at a different point in time and location (Los Angeles). We viewers will finally experience how the virus began its destruction of planet Earth as we currently know it, and maybe – just maybe, we’ll be shown who Patient Zero actually was; or not. I myself fall within the demographic of viewers who’d rather not know. In my opinion, the appeal of the source material has always been about being thrust into this horrific post-apocalyptic world with nary an answer as to how it arrived there and whether salvation for its survivors will ever be found. Either way, I’m wholly onboard for the ride; and you should be as well.
The remainder of the season won’t make its presence known until late September, but boy are there some great shows a-comin’ your way, folks. Here’s a short, Hobbit-size list of the ones on my radar as well as a few cents worth of Blu-ray commentary:

Doctor Who
Season 9
Premieres Saturday, September 19th
Peter Capaldi may have had a rough start with longtime fans of the show, but his Doctor is certainly one not to be trifled with. His regeneration’s persona harkens back to the First Doctor, William Hartnell, and is an amalgam of sorts combining those of his last three predecessors. Season 8 saw its fair share of heartbreaks, as well as the Doctor’s and Clara’s friendship braving a rough-patch in their Doctor/Companion relationship. Based upon the latest trailer released, Season 9 promises to continue the top-notch storytelling us Whovians have come to expect from the series.

Gotham
Season 2
Premieres Monday, September 21st
The series had a slow start, but found its stride halfway through the season. The show is well-written and the cast is great. However, the biggest problem I have is with the fan-service. The producers keep giving us villain after villain and it hasn’t been an organic evolution within the narrative of the show. It’s based on the far-superior comic series, Gotham Central. At its heart, the story is a cop-drama. Its focus should be on Gotham City P.D., not Batman’s future Rogues Gallery. Yet at this point, by the time Bruce actually dons the cowl, every card-carrying member of his colorful-brigade-of-miscreants will be well into their forties. By comparison, in the comics they are all relatively around the same age, with the exception of The Penguin. But I’m holding out hope the show will improve this coming season. Call it “foolish optimism.”

The Flash
Season 2
Premieres Tuesday, October 6th
All I have to say about the show is this: best hour of network television you’ll waste your lifespan on. Period.

iZombie
Season 2
Premieres Tuesday, October 6th (airs immediately after The Flash)
The first season was surprisingly really fun. The quirkiness and wit of the dialogue is what drew me in. It’s like Daria meets The Walking Dead. For those of you who were either too young to remember, or within the realm of non-existence at the time, look up MTV’s Daria. Of all the ideas that scream-out for a reboot, this one is certainly at the top.

The Walking Dead
Season 6
Premieres Sunday, October 11th
Last season’s finale was a major turning point for the folks inhabiting the quaint, picturesque community of Alexandria. To say bad things are percolating would be a gross understatement. My Spidey-sense is tingling, and it ain’t gonna be pretty.

Supergirl
Series Debut
Premieres Monday, October 26th
I think this series shows real promise. It looks like it’ll have the same fun vibe as The Flash, but with a female demographic in mind. There aren’t any comic book shows which aim to specifically target the ladies of our geek-culture (aside from maybe iZombie), so I’m glad producers are finally taking notice that half of our readership aren’t men. It’s a slow start, but then, progress usually is.

Of course, all but one of these shows are already into multiple seasons, but if yours truly was able to make time for seven seasons worth of Doctor Who to prepare for Capaldi’s inaugural Season 8 debut in less than a 12-month time-span, you can certainly make time for a fraction of that to play catch-up. I believe it was the great George McFly who stated it best, “If you put your mind to it, you can accomplish anything.” Truer words have yet to be spoken, my friends.