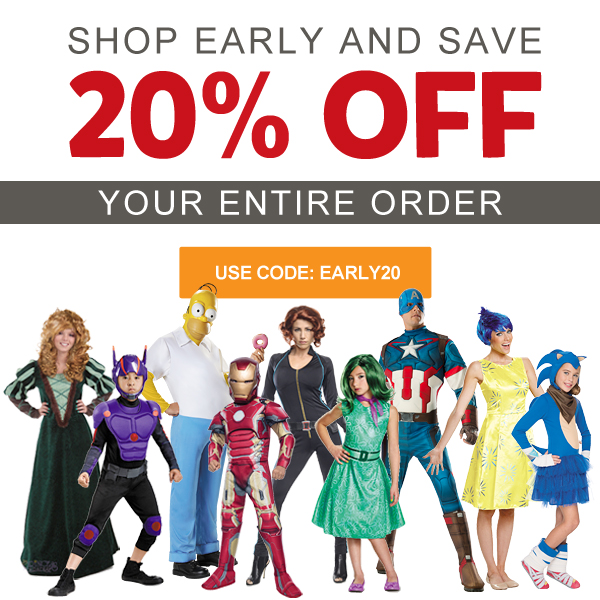 If you’re starting to notice Halloween decorations appear in every store, it’s a tell-tale sign that Halloween season is here. We know lots of people prefer to wait until the last minute to shop for costumes, but this year, we’re giving you a great reason to get it out of the way early. Now through Monday, you can save 20% on your entire order including new and clearance items! To help you out, we’re sharing some of our favorite costume themes for 2015.

This Disney Channel original premiered a few weeks ago and was a huge hit! Make way for a new generation of Disney characters, these new faces are making their mark on your favorite fairy tales. 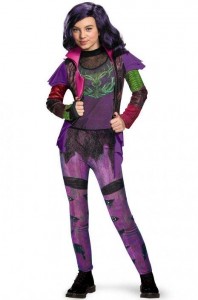 As if Star Wars wasn’t big enough, a new film which will be released later this year has revived the love of the biggest movie saga in the universe. This year, we expect to see lots of Stormtroopers and rebels at the door. 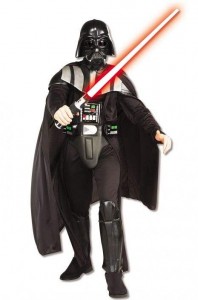 Superheroes aren’t going anywhere anytime soon. In fact, both Marvel and DC have big plans for new movies in the upcoming years. Luckily for you, we’ve got tons of superhero costumes for every age – even for babies!

Nick, Jr. has created some of the most memorable, fun-loving characters for toddlers for many years. This year, kids can’t get enough of the furry little heroes from PAW Patrol. If your child is a fan, you won’t want to miss out on these adorable costumes. 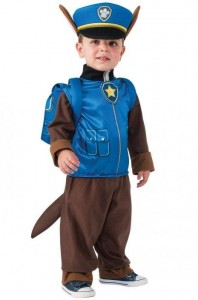 Feeling have feelings too! From the latest Disney-Pixar favorite, Inside Out has already captured the hearts of Disney fans everywhere. Now you can share your feelings this Halloween with lovable characters like Joy and Anger. 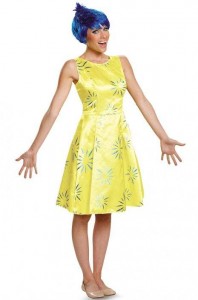 It wouldn’t be Halloween without a few spooks and specters. This year we’ve added even more ghost costumes to terrify your friends and family on Halloween night.

Who doesn’t love a good Halloween treat? These yummy designs will satisfy your craving for fun! 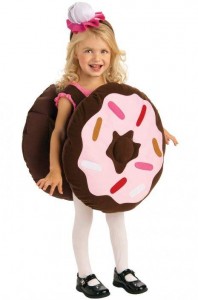 Take center stage with circus-themed costumes that are fun and stylish. These entertaining styles range from charming to blood curdling. 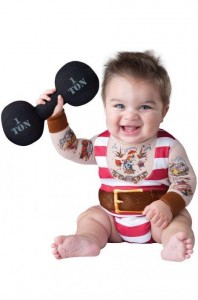 The live-action Disney film has some of the most iconic outfits in film. Relive the magic of your favorite fairytale dressed in one of the amazing costumes from the movie. 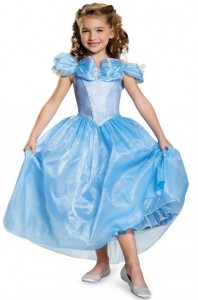 If your child enjoyed the new and improved dinosaur theme park, they’ll love these new Jurassic World costumes. Maybe dinosaur trainer will be an actual job in the future. For now, they can pretend to tame those primitive beasts dressed as Owen. 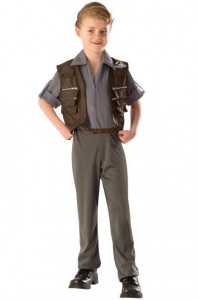 If you’re ready to save, then head over to our website to shop. Don’t forget to enter the coupon code during checkout. If you need more costume ideas, read through our blogs for plenty of ideas including costume ideas for couples and families.