As a California native, I did not have my first bite of King Cake until a couple weeks ago when my husband surprised me with one as a gift. He ordered it from the famous bakery Randazzo’s straight from New Orleans and gosh was it heavenly. It is, more or less, like a gigantic Cinnabon but with a distinguishable touch of lemon to it. It was moist, cinnamon-y, and all around delicious. A-mazing with a cup of coffee! Now, that I’ve confirmed what this culinary delight is all about, here’s what you can do to recreate it at home. I’m not going to say that it’s as good as the real thing, but it is a great substitute for a Mardi Gras party, especially if you are in a time crunch. Best of all, it is so ridiculously easy, anyone can do it! 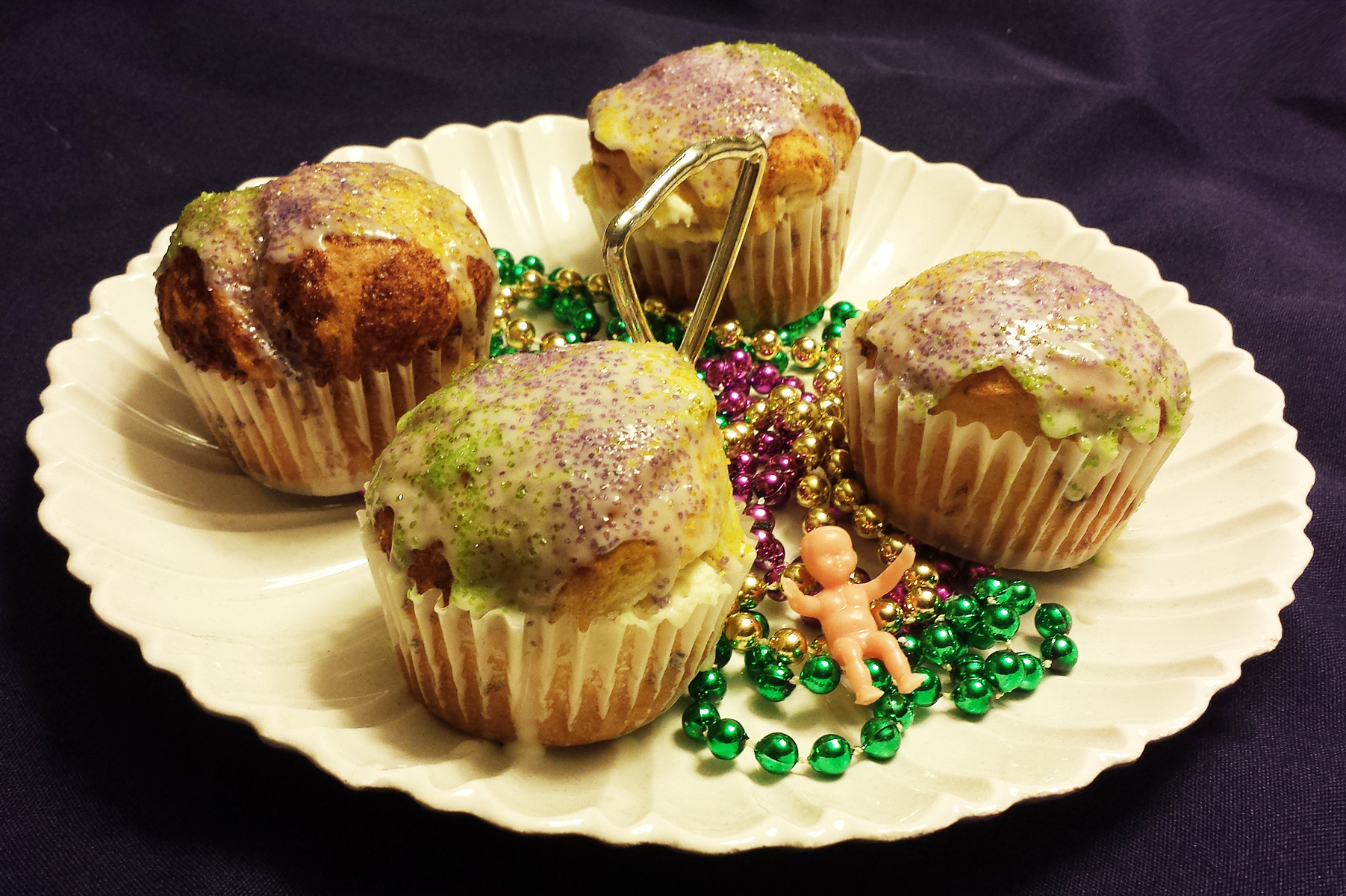 Preheat your oven according to the directions on your cinnamon rolls packaging. Prepare the cream cheese by sprinkling cinnamon sugar on top and mix until combined. Add enough to your liking and set aside. Line a muffin tin with cupcake liners. Separate the cinnamon rolls and make a horizontal cut about 2/3 of the way through and fill with a dollop of the cream cheese mixture. Place into the cupcake liner with the cinnamon side up. Continue with each cinnamon roll then cook according to directions on the package. While the rolls or “cupcakes” are baking, open the glaze container and add lemon zest and lemon juice to your liking. Do not add too much or the glaze will become too watery. Once the rolls are finished baking, set them aside to cool, then top with glaze. Add sprinkles and serve.

That’s as easy as it can get! Of course if you want to go with the real thing, you can always order a King Cake online. Either way, this festive treat is the perfect solution for a last minute party or craving. Did you try this recipe in your kitchen? If so, share with us your results by sending us a picture on Facebook or Instagram (tag @pure_costumes and #purecostumes).