As we mentioned in a previous post, June is LGBT Pride Month which means there will be plenty of parades, rallies, and gatherings throughout the country. Aside from the camaraderie and encouragement you’ll experience from one of these events, one of the things that make Pride Parades such a fun gathering are the costumes! People love dressing up in costume to express their individuality at these events and if you and your partner are looking to join in on the fun, we’ve got a few gay and lesbian couple’s costume ideas for you!

For many years, comic book fans have suspected a romantic relationship between the Dark Knight and his Boy Wonder. You can even find romantic fan-fiction of the two floating around the interweb. Naturally, the two would make a great couple’s costume idea for a Pride Parade.

Another couple that has long been assumed to be in a relationship is Sesame Street’s Bert and Ernie. The two have been inseparable since their creation and continue to be one of the most charming duos on television.

These two comic book babes are “girlfriends without the jealousy of monogamy” – canon. Through the years, readers have questioned the hard-core flirting between the two until the DC Comics made it official during their #HarlyQuinnChat Twitter party.

Glee is has openly showcased and embraced teen LGBT characters including Cheerios Brittany and Santana. Dressing like the troublesome duo would be a whole lot of fun at your upcoming Pride Parade! 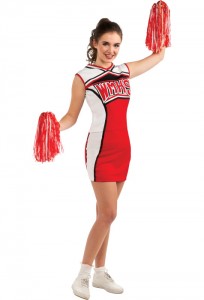 Now that you’ve got a few ideas on the platter, you can head over to our website to find more gay pride costume ideas for your event. Do you have a fun pride costume idea to share? Tell us about it in the comments section!