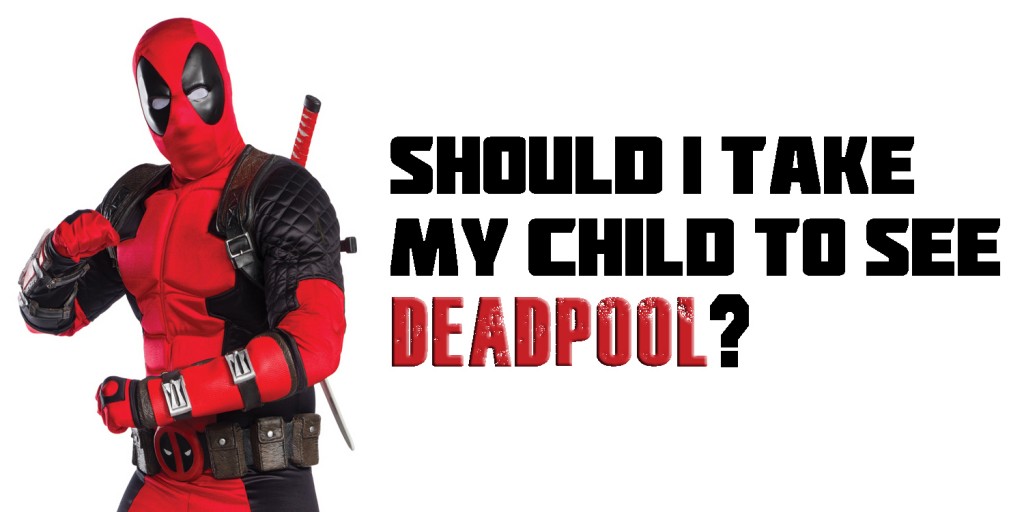 The advertisements are everywhere and fans are already raving about the Deadpool sequel. Everyone is excited about it, including my two elementary-school-aged nephews. The problem is, if you know anything about Deadpool, you’ll know that he’s not exactly kid-friendly. His comics are known for extreme violence, crude humor, foul language, and sexual behavior. The funny thing is that one of the earliest exposures I had with Deadpool was when I was watching him fight Spider-Man in a cartoon with my young nephews. He appeared on the screen and engaged in silly banter with Spidey in the midst of a full-on fight. I asked them who the character was and they knew all about him. When we heard there was a movie about him coming out, we were all excited. They even asked their mom and I to take them to go see it. However, upon learning that the movie was rated R, we were a little hesitant. It is okay to take a child to see an R-rated movie?

When I think about my own experiences, I remember watching a few R-rated films as a young child, mostly in the horror genre. Nightmare on Elm Street, Chucky, and The Terminator were just some of the films I remember watching as a kid. In fact, if you grew up in the 80s, chances are you also watched all of these movies and more when you were a child. Likewise, most of you would say that we all grew up somewhat normal-ish. In fact, our early introduction into pop culture is what makes a lot of us geeks today. However, psychotherapist and “parenting expert,” Dr. Tina Bryson, believes that since children’s brains are not fully developed, they are not always prepared with how to deal with some of the content.

This may be so, but we cannot deny that in today’s society, we are constantly being bombarded with sex and violence every single day. Whether it be in commercials, (I’m looking at you, Carl’s Jr.), or the news, it’s hard to keep children sheltered from reality.  In fact, there are plenty of prime time television shows that show mature content. Is it foolish to assume that our children would experience a negative effect by being exposed to one version versus another?

Another thing to take into consideration is that sometimes a movie is given an R-rating because they used an “f-bomb” while the level of violence and sexual content qualifies for a PG-13 rating. Are we as a society so caught up in these rigid constrictions rather than being concerned about the actual scenarios our children are being exposed to?

Though I’m still undecided about this topic, I do tend to hang closer to the side of freedom combined with open communication. As a parent, I may not be able to shield my children from every negative aspect of life, but what I can do is teach my children how to dissect a situation and cope with their feelings. What are your feelings about this topic? Would you take your kids to see Deadpool? Share your thoughts by leaving a comment!