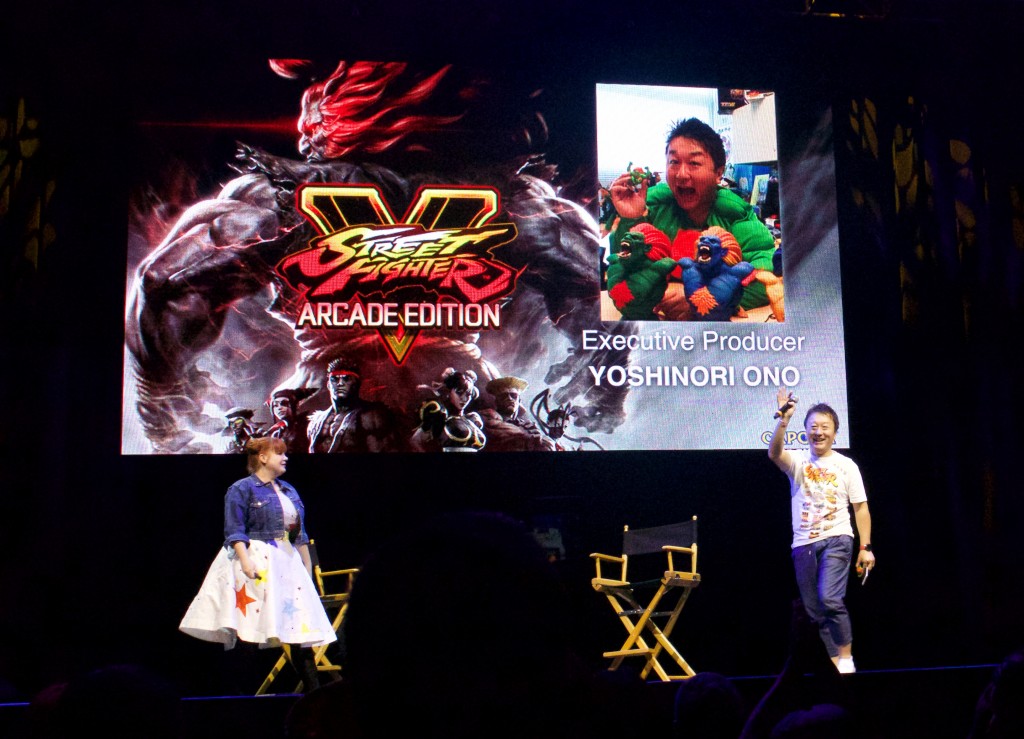 The panel gave the audience a behind the scenes look at the history of Street Fighter, what it takes to make the games, and a sneak peek on what is to come. They even announced that for the first time ever, Team USA and Team Japan will face off at a Street Fighter Tournament in Los Angeles at the end of the year!

The panel didn’t stop there. We were joined by four voice actors from the games who interacted with the audience by playing games and giving away prizes.

Once the panel ended, it was time for the cosplay competition! Competitors had up to 60 seconds to show off their poses as individual entries, or fighting skits as partner entries. Their handmade costumes were judged on construction and creativity as well as their performance and stage presence. The First Place winner would walk away with $5000 and a Street Fighter prize pack!

It was a fun event that will hopefully come back next year!