Summer is slowly creeping up which means it’s Ren Faire season! If you’ve never been to a Renaissance Faire, imagine your local County Fair full of fun foods, carnival games and vendors, and then transport it back in time to Medieval England!

This year, the Pure Costumes team decided we would take a trip to our local Renaissance Faire for one of their many themed weekends. We all decided to visit Time Travelers Weekend and check out all of the creative costumes! During Time Travelers Weekend, people in costumes from all decades are welcome. Although you may see the occasional Doctor Who fan, Back to the Future fan, and travelers from recent decades, most choose that weekend to bring out their best Steampunk fashions!

In short, Steampunk is a subculture that embodies what the past would have looked like if the future happened earlier. Confused? Imagine a futuristic robot that runs on steam! Or a high tech outer space blaster made of copper and covered in gears! Steampunk brings the best of the past and the future and combines them as one! We went on the hunt for not only cool Steampunk costumes, but some cool Medieval ones too!

We got to the Faire as soon as it opened to take advantage of all the cool events they would be having that day. At Ren Faires, in addition to the food and games, you can find loads of theatrical and musical performances! We even went to a magic show! These performances are usually held in shady areas and are perfect for taking a break from the hot summer sun. 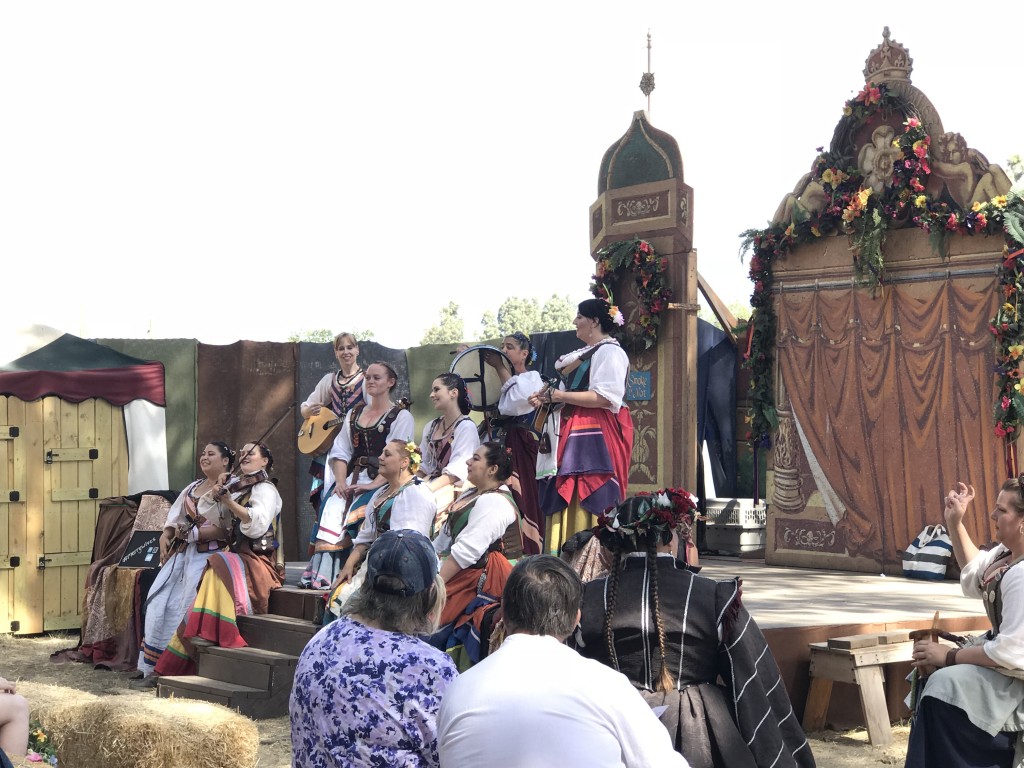 There are loads of fun booths full of people in character! You can interact with ladies at a brothel, get your hair braided in a tent full of singing maidens, or even have tea with the Queen and her royal court! Or you can go shopping for new renaissance clothing, try some fun new foods, or try something completely new like archery or making your own absinthe! 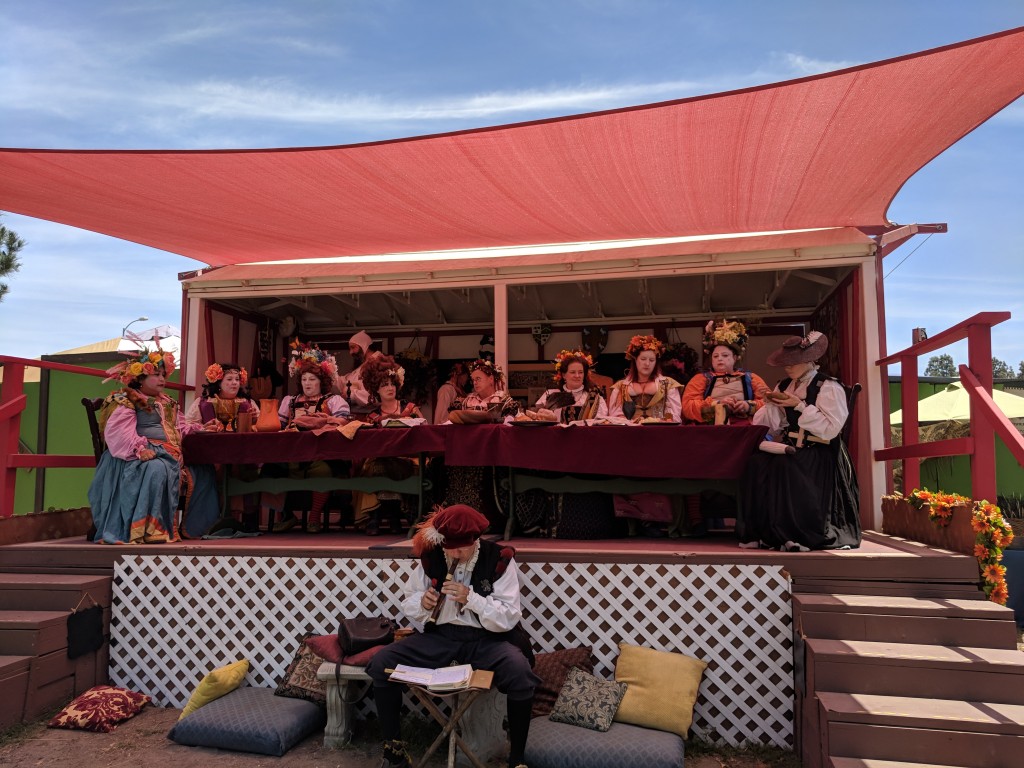 Now here comes the fun part: The costumes! Every Ren Faire has a few fairies and forest nymphs running around so you know we had to hunt some down! 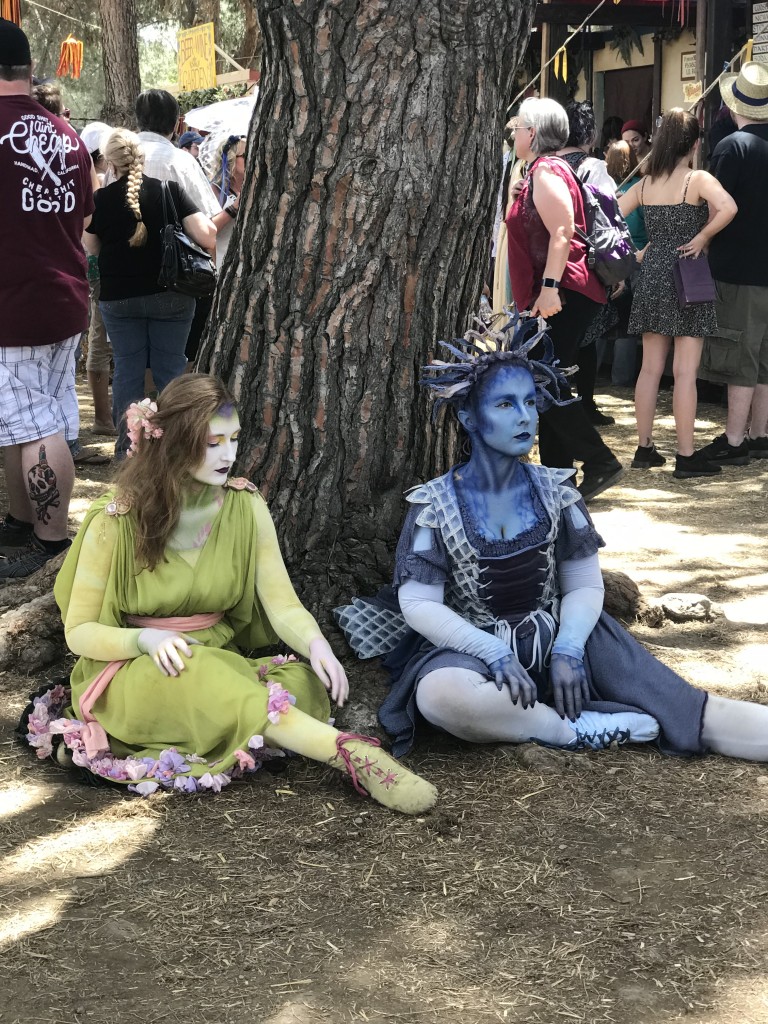 We found lots of cool mashups. Our Steampunk Ariel, Amy, ran into this Renaissance Snow White and just had to take a photo! We also saw this beautiful Medieval Wonder Woman costume! 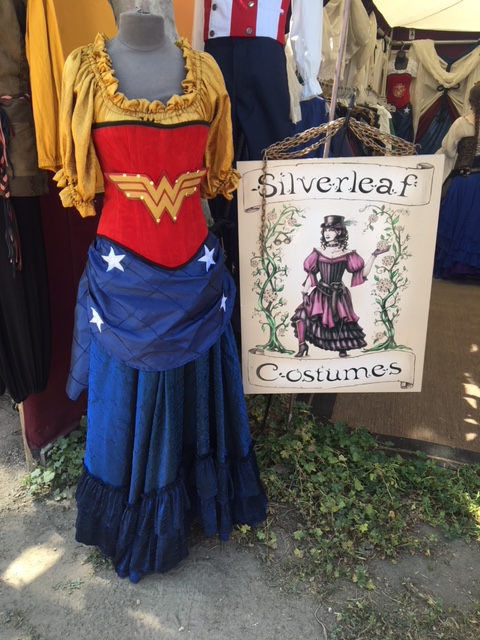 There were even costumes that captured the Renaissance and Steampunk looks but with influence from non-European cultures!

Our first Time Travelers weekend was a success! Hopefully next year won’t be as hot so we can break out the velvet Medieval ballgowns!