People love pirates. What can you do? It’s a fact of life. Often branded as villains and thieves, but also as brave pioneers, pirate tales have fascinated us for centuries. Whether it’s the temptation of gold and glory or the excitement of thrilling adventures, pirate tales have and will always be a favorite among any generation. Today, we want to take a look at some of the pirates of pop culture who have influenced what we know about pirates. 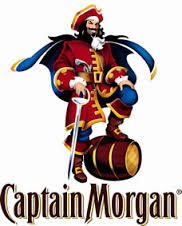 You may know him from his bold stance upon the label of your favorite spiced rum, but did you know that he is based off a real pirate? Sir Henry Morgan was once a Welsh Navy Admiral turned buccaneer who famously marauded many Spanish settlements in the Carribean. His tales and exploits became widely known and he has been regarded as one of the most notorious pirates of the 1600s and his reputation for adventure is what landed him on the bottle of a pirate’s favorite drink. 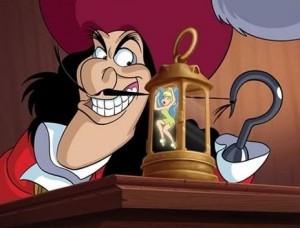 Pirates are often the subject of fantasy stories and so was the case with the infamous Captain Hook. You may remember this villain from the classic story of Peter Pan. This vile character has been seen and portrayed in many ways, but has always been known for this fear of the ticking crocodile. As a major character in one of the best known children’s tales, Captain Hook is naturally a fascinating pop cultural pirate. 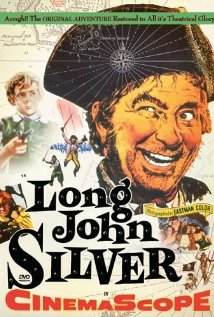 Our next pirate comes from one of the greatest pirate tales to ever be published, Treasure Island. The despicable Long John Silver, feared by his enemies and allies, he is one of literature’s most iconic pirates ever. Beware of the man with one leg was the warning that the hero Jim received from a mysterious seaman. Shortly after, the peg-legged Silver disguised himself as a fry cook to join Jim and his company on a treasure hunt only to lead a mutiny and attempt to steal the treasure for his own. His slippery personality and willingness to betray any comrade to save his skin made him an excitingly unpredictable character and a famous fictional pirate. 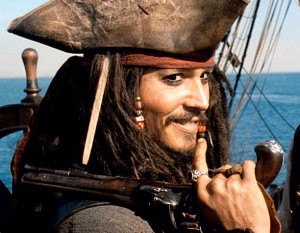 In the last decade, there has been no other pirate as widely referenced as Captain Jack Sparrow. From the famously popular film, Pirates of the Caribbean, this character wonderfully portrayed by Johnny Depp is one of the most charismatic pirates ever to shine on the silver screen. Though riddled with many moral flaws, he has captivated fans with his bravery and spirit. With a now fifth installment of the series on its way, Captain Jack Sparrow will continue to enthrall movie-goers and adventure seekers everywhere.

Although there are many more mention-worthy pirates, our list will end here. We hope that you’ve enjoyed this list. Maybe one of these fascinating characters will inspire your next pirate costume! Do you have more to add to this list? Feel free to share it by leaving us a comment below!