This past weekend we headed to the Anaheim Convention Center for WonderCon! This 3 Day event, hosted by the same people who organize San Diego Comic Con, was full of pop culture inside info! After making our predictions for the top cosplays of 2019, we were excited to see what would be the hottest cosplay of WonderCon! Here’s our WonderCon 2019 Cosplay Recap!

The Into the Spider-Verse hype continues! We saw lots of Miles Morales, Spider-Gwen, and Spider-Man Noir cosplays over the weekend.

The big She-Ra: Princess of Power panel was Saturday morning, so the day was full of people cosplaying from the show! This Entrapta cosplay was definitely the most creative. Her hair moved!

Despite the heat, Game of Thrones cosplayers were out in full force! The Night King was definitely THE cosplay of the day, with many versions roaming the con floor. 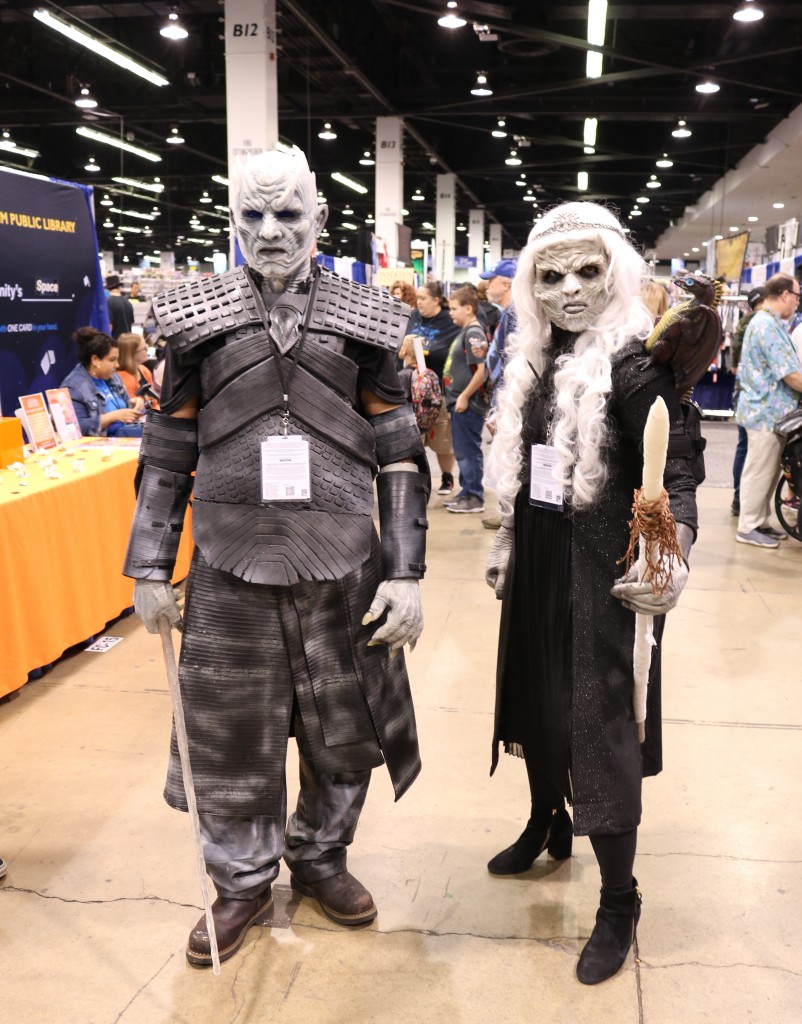 The Shazam! and Captain Marvel hype is just getting started! These two were one of the few Genderbent versions we saw.

That’s it for our WonderCon 2019 Cosplay Recap. See you next year, WonderCon!