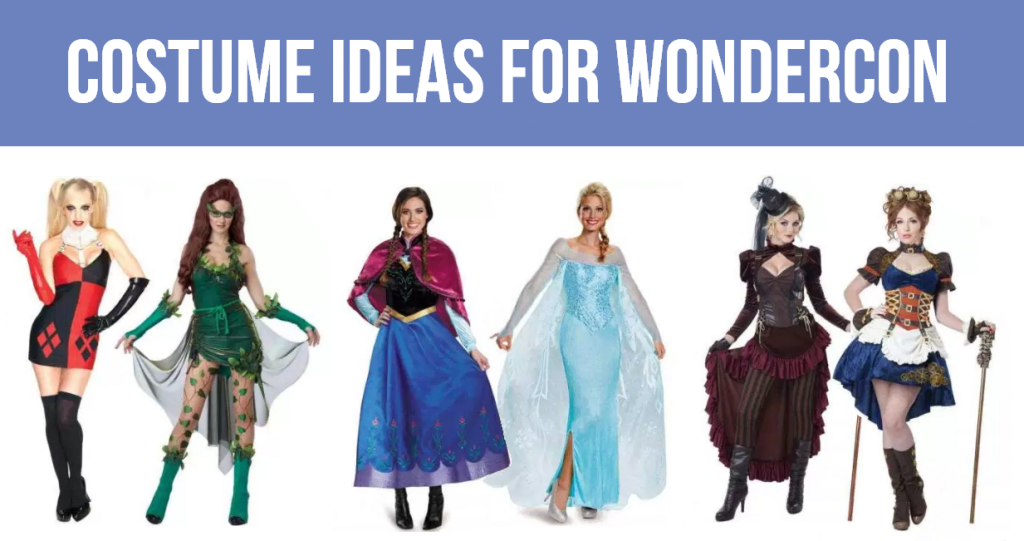 WonderCon is returning once again. This year, the SoCal comic convention is moving to a larger venue over at the Los Angeles Convention Center. Hosted by the same company that puts on San Diego Comic-Con, this event promises to be filled with everything you love about comics, pop culture, and costuming. Luckily, I’ll be attending with my fellow writer, Lisa, and we’ve decided to dress up! There are so many different options, so we decided to share some of our favorite costume ideas for WonderCon 2016.

As far as female comic book duos go, Harley Quinn and Poison Ivy pretty much top the list. Luckily, we’ve got a couple of great costume options to get us into character.

Since the movie is coming out the same weekend as the show, Lisa and I were also thinking about dressing up as Batman and Superman in honor of the big release.

Disney princesses are also pretty popular at any comic convention. We could also attend as Anna and Elsa. These prestige versions are great quality and will make fabulous cosplay outfits.

Steampunk is a pretty big genre at any comic convention. Without having to spend a lot of time on a DIY costume, we could wear these awesome steampunk costumes which come complete with accessories.

So, what will we decide to wear? You’ll just have to follow our adventures on Twitter and Instagram to find out! Which costumes do you think we should wear to the show? Tell us by leaving a comment!