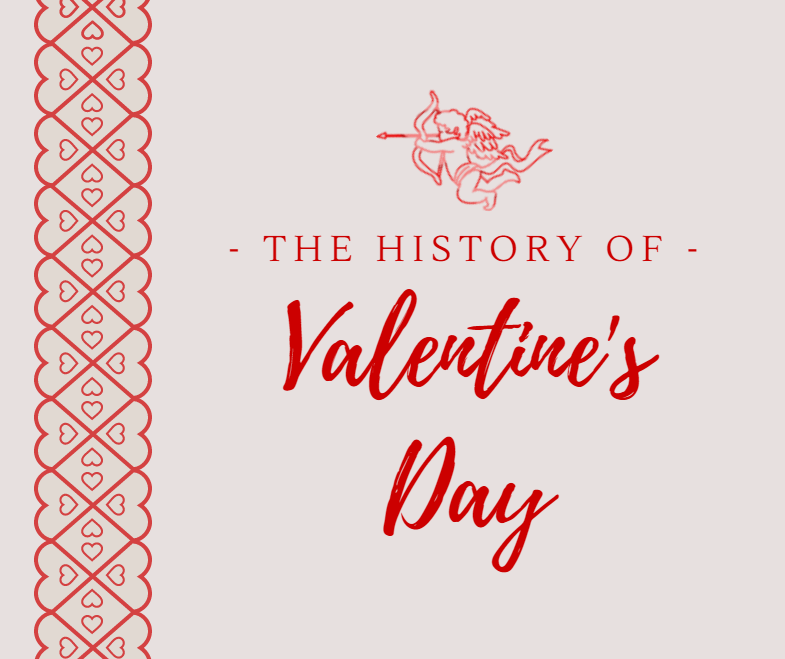 It’s almost here… some people love it, and some people hate it. There’s probably some that love to hate it. If you haven’t guessed yet, I’m talking about Valentine’s Day. Generally, when we think of Valentine’s Day, we usually think of hearts, flowers, chocolate, or maybe a romantic dinner and a movie. We typically don’t focus much attention on the history of Valentine’s Day, or why we celebrate it as a day for romance. Turns out, there is not one definitive origin for the holiday, but there are a few things that have happened through history to influence how or why we celebrate it today.

Likely the most popular legend told regarding the history of Valentine’s day would be of a priest named Valentine, who served during the third century in Rome. Emperor Claudius II outlawed marriage for young men, he believed single men made better soldiers than men with wives and families. Valentine felt this new law was unjust. He defied Claudius by performing marriages for young couples in secret. When Valentine’s secret was discovered, it was ordered that he be put to death by Claudius, on February 14th. According to another legend, a man named Valentine was imprisoned. While imprisoned, he fell in love with the daughter of his jailer. His last note to her before his execution was signed “Your Valentine” as a goodbye.

Another link to how Valentine’s Day came to be is an old Roman celebration called Lupercalia, which was celebrated on February 15th. The celebration would start with the men sacrificing a dog and a goat. The men then whipped women with the hides of the sacrificed animals, it was believed to encourage fertility. The celebration also included a matchmaking lottery. Men would draw women’s names from a jar. They would then be coupled throughout the duration of the festival, or longer if it was a good match.

When all is considered, I’m pretty happy celebrating the holiday with a nice dinner and a movie. Do you have a special way you celebrate Valentine’s Day? Let us know in the comments.

Part time Disney princess, but I love the Disney villains. I enjoy things that are spooky such as zombies, skeletons, and bad witches. I enjoy sewing projects and making delicious food and treats. My favorite superhero is Batman, because I am the night.

Latest posts by Amy (see all)