This past Saturday marked the beginning of the Oktoberfest season in Germany. Various celebrations have also kicked off all over the country and some folks have even hosted their own Oktoberfest event. We know that a lot of you will celebrate by visiting your local pub or by inviting some friends over to your homes this year and to join in on the festivities, we did a beer tasting of our own. From German and Bavarian favorites to local seasonal brews, we’ve checked out some incredible beers and wanted to share with you six of our favorites. 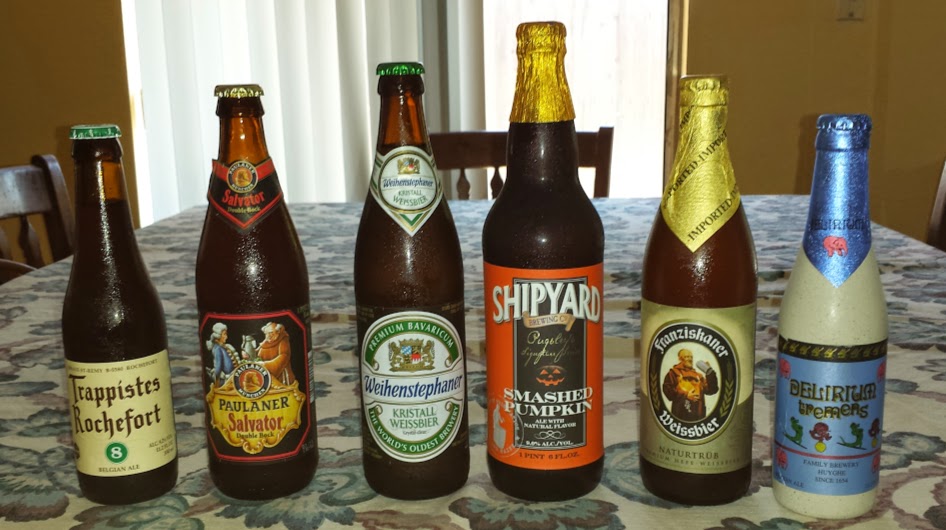 First we started by making a delicious meal of bratwurst sliders with a side of potato salad to go along with the beer. 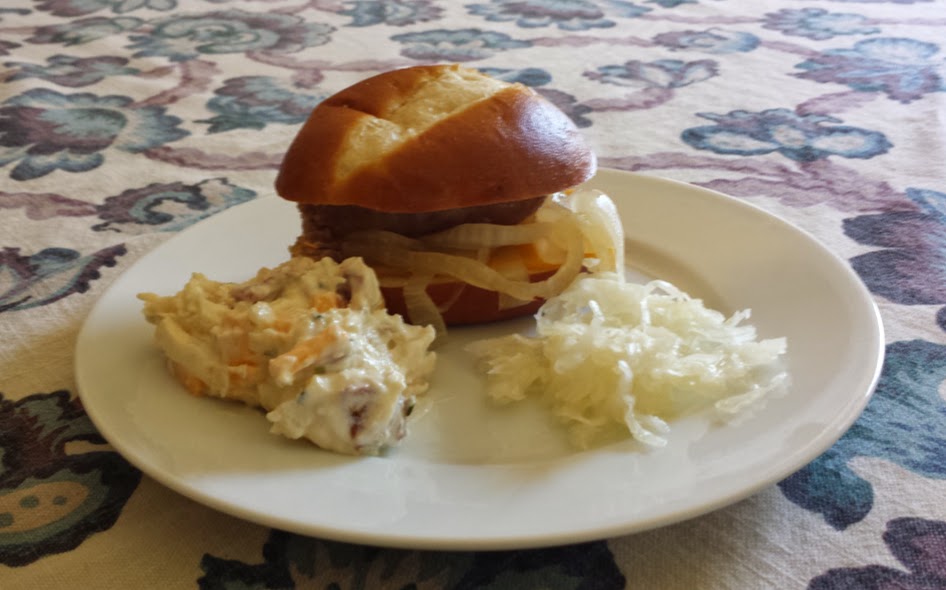 The first beer that we tried was the Weihenstephaner Kristall Weissbier. The brewery,Weihenstephaner, claims to be the oldest in the world with its history tracing back to the year 725 when monks began brewing beer in Weihenstephan. With such an impressive history and great reviews on this particular brew, we just had to try it. Weissbier means white beer in German and is brewed with malted wheat. In America, we’re quite familiar with Hefeweizen which is a kind of Weisbier that is characterized by being unfiltered. That means the yeast remains in the beer causing it to have a cloudy look. Kristallweizen means that it is filtered giving it a more clear color which was very apparent with this particular beer. The color had a lovely golden, yellow hue and looked quite effervescent with plenty of carbonation rising from the bottom of the glass. The smell and taste, I thought, had a subtle citrus scent and upon first sip, tasted a little like lemon-squeezed water with a touch of banana and spice. The bubbles create a lively feel while the taste was crisp and refreshing making this a great drink the food. The flavor was a bit short-lived which made us gladly reach for another sip. 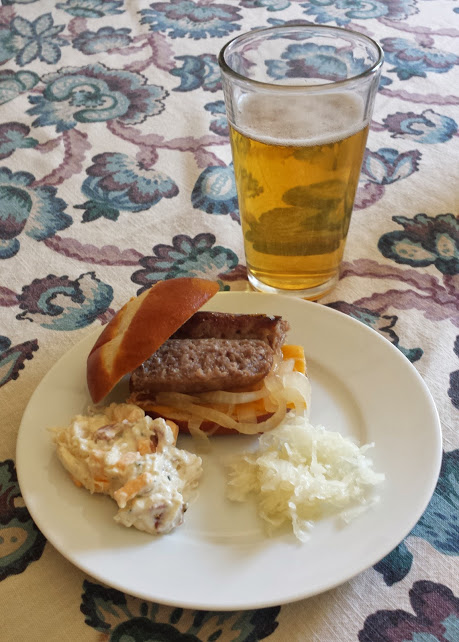 Next was the Franziskaner Weissbier, another Weissbier but with some major differences. Beginning with the look, this particular brew had a slightly more amber look and was noticeably cloudy, especially compared to the Kristall Weissbier. The scent had a touch of banana which was also more apparent in the flavor. It was also more creamy in a way with a touch of spice at the end. The flavor lingered longer and was a tad bit sweeter than the last, contrasting the crisp flavor of the Weihenstephaner.

Moving on to another staff favorite, the next beer on our tasting menu was the Delirium Tremens. This brew is a Belgian pale ale, and similar to popular IPAs is very hoppy. The color has a mellow, cloudy yellow hue and has an extremely floral scent which comes from the hops. The taste is also very floral and flavorful with a touch of spice at the end. One major difference we found from this varietal versus a typical IPA is that it is not accompanied by the bitterness that is usually so strong with an IPA. I personally am not a fan of that bitter hit at the end with IPAs which is why I find this particular beer so great.

We then tried a seasonal beer that seemed to have really great reviews on Beer Advocate as well as with the customers at BevMo. Shipyard Smashed Pumpkin is exactly what you could imagine. This beer had a slightly cloudy amber color and had a strong pumpkin scent which was accompanied with the scents of classic fall spices like cinnamon and ginger. The taste was obviously very pumpkin-y but also creamy and toasty from the roasted malts. 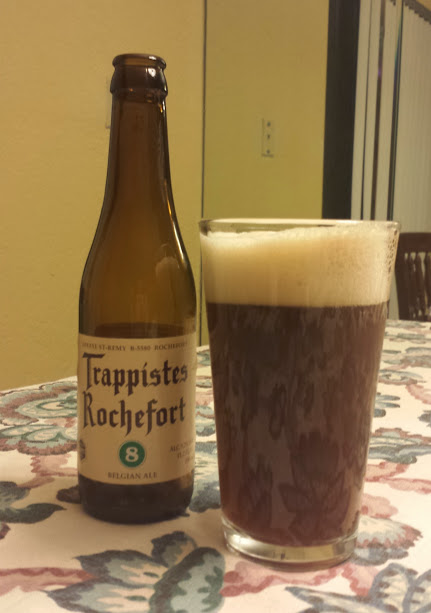 A Bavarian beer tasting would not be the same without a trappist beer. Trappist beers are made in monasteries by trappist monks who produce beer to support the monastery and help with charitable deeds. There are only a few genuine trappist breweries in the world with Rochefort being one of them. For our tasting, we tried the Trappistes Rochefort 8. This beer had a dark brown color, almost like root beer with a roasted grain taste, earthy flavor and a subtle touch of licorice. Although dark and deep in flavor, this particular beer was surprisingly not bitter and had a creamy finish.

Last on our list was from one of the most popular breweries in Germany, Paulaner. We tried its cornerstone beer, the Paulaner Salvator Dopplebock, (or Double Bock). This particular brew is said to be the standard of double bocks with its dark amber color and malty scent and taste. The taste is extremely smooth, malty and sweet and not at all bitter with a beer this dark would suggest. A great beer to finish off the tasting and a great beer to try this season, (if you haven’t before).

What we loved about these beers is that they varied in taste but were very flavorful and balanced making them a great selection to try, especially for novice beer drinkers. I often hear friends saying that they don’t like beer that much, but believe me when I say, these brews will definitely open their minds. Is there a beer that you recommend to try? Let us know by leaving us a comment below. Also be sure to follow us on Pinterest (here) for more Oktoberfest ideas and visit our website to find a costume for your celebration! Until next time, prost!