Mardi Gras season is in full swing and if you’re like us and crave the delightful sights, sounds and especially tastes of New Orleans around this time of the year, then you’ll want to try this recipe! This bite-sized snack is perfect if you’re planning a Mardi Gras themed party. For this recipe, we’ve incorporated popular Cajun flavors and placed them on a skewer to make it simple to create and consume which is good news for everyone involved. See the recipe below. 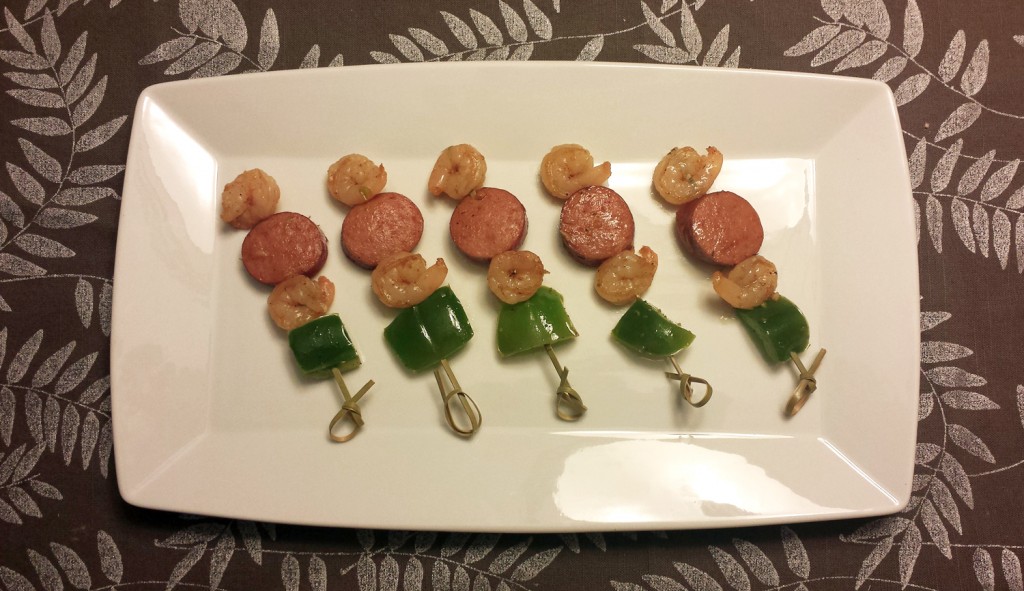 Season shrimp in 1 tbsp olive oil, garlic, and Cajun seasoning (to taste). Skewer the sausage, green bell peppers and seasoned shrimp. Broil for 5-10 minutes flipping half way between cooking. Season with salt and pepper if needed and serve.

Didn’t we promise it would be simple? You can also assemble these the night before to cut out the prep time during the day of your party. Serve with plenty of rum-based drinks, put on a Mardi Gras mask and let the good times roll!