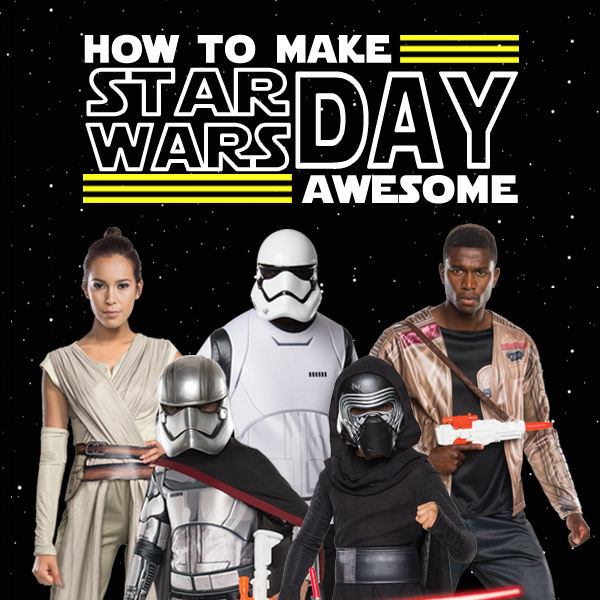 Who’s excited about Star Wars Day? I know I am! Star Wars Day is May 4 and I’m looking forward to filling the day with as much Star Wars fun as humanly possible. If you’re on the same track, I’ve got some great ideas on how you can make the most of Star Wars Day 2018.

Have a Star Wars Breakfast. Start the day off right with a Star Wars breakfast. Stuff your face with Princess Leia-inspired cinnamon buns. Grab a maple bar donut and turn it into a Chewbacca donut. Quench your thirst with some Bantha milk and you’ll be ready to face the day!

Throw a Star Wars Party at Work. Nothing breaks the monotony of the office quite like a party. Call a meeting of the party planning committee and throw a mini lunch party in the break room. Put up Star Wars decorations, serve up some Star Wars-themed food, and throw on the soundtrack to the Star Wars movies. Host a costume contest with a fun Star Wars prize. We’re sure your co-workers would love any excuse to have fun at work. 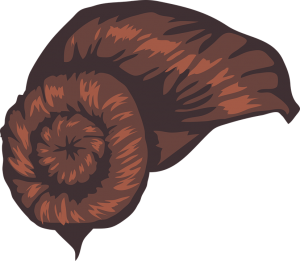 Wear Princess Leia Hair. When it comes to cinematic hairstyles, Princess Leia’s buns win the prize for most memorable every time. What better day to sport that daring do than on Star Wars Day? Roll it up into two perfectly even buns and you’ll feel like the baddest babe in the universe. 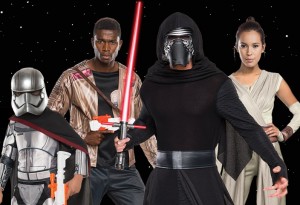 Dress Up. Princess Leia hair isn’t enough Star Wars for you? Take it to the next level and dress up as a Star Wars character instead! Whether you wear a Jedi robe, Finn’s jacket, a Stormtrooper helmet, or a full Darth Vader costume, you can let everyone know that you’re the biggest Star Wars fan and go about your day in character.

Do a Star Wars Craft. Alright, costumes are a bit too much for you? We can dial it back a notch, that’s no problem at all. How about a Star Wars craft? Make an origami Millennium Falcon or make a Star Wars-themed terrarium based on your favorite planet. If you’re stuck at work, maybe you can make yourself an R2-D2 trashcan or turn a bunch of office supplies into an X-Wing Fighter? Whatever your skill level, there’s a craft out there for you!

Play a Star Wars Trivia Game. Which of your friends knows everything there is to know about Star Wars? Test your knowledge with a trivia game. Find some questions online or grab a Star Wars trivia game from your Target or Amazon. Invite your friends over for the fun and see who knows their stuff! 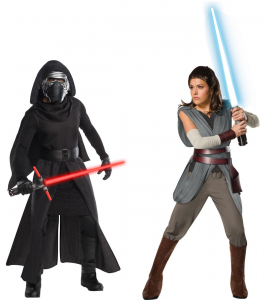 Have a Lightsaber Battle. Break out the lightsabers and challenge your friend to a duel. You can either choreograph an entire fight sequence and become the next YouTube sensation or just run around your backyard for fun and exercise.

Movie Marathon. Bring it back to where it all started – with the movies! Though you’d be hard-pressed to find the original trilogy playing at a local theater, you can always dust off the DVDs and watch them at home. If you’ve got children or friends who have yet to see all the movies, it’s a great excuse to finally sit down and watch them together.