Think of everything you love about Santa Claus; his jolly smile, his generous nature, that hearty laugh. Now imagine the polar opposite of that. A grisly demon that lurks in the night that takes rather than gives – that is essentially Krampus. Only thing is what he steals and that kids! Considered to be a Christmas demon, this unsavory character has been around almost as long as Old Saint Nick himself. Today, we’re sharing some interesting facts to learn more about who is Krampus and the celebration known as Krampusnacht. 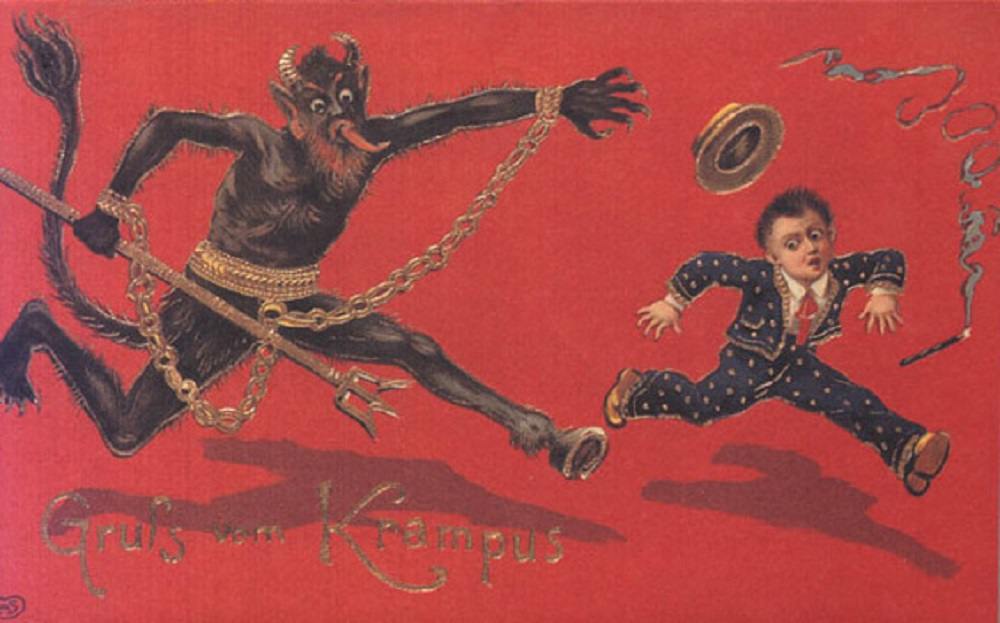 Originating as a German folktale, Krampus is said to be the dark companion to Santa Claus. While Santa acts an incentive by promising gifts to well-behaved children, Krampus is used as a scare tactic to keep children in line. He’s depicted as a horned demon with an anthromorphic goat-like body. He carries around a pitchfork, chains, and sometimes a bundle of sticks in which he uses to punish “naughty children.” The folklore states that Krampus comes to town the night before December 6, which is known as St. Nicholas Day, to dish out punishment to naughty kids by kidnapping them and beating them with a switch.

As an offshoot of this tale, many countries and cultures hold a celebration on December 5 known as Krampusnacht in Germany, which translates to Krampus Night. On this night, there is a tradition called Krampuslauf which is a rambunctious celebration where adults hit the streets dressed as Krampus to scare little kids into being good followed by an eve of revelry and fun. 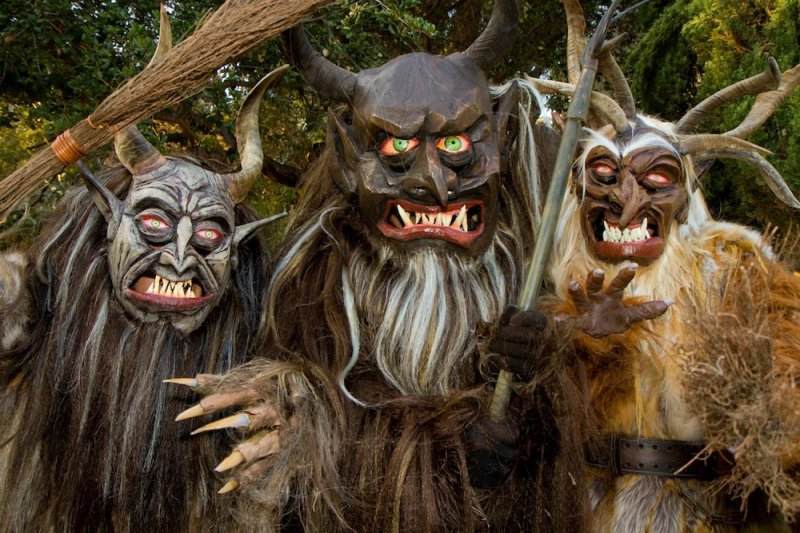 Lately, Krampus’ popularity has spread like wildfire. Not only is there a new horror film named after the horned beast which premieres today, Germanic communities in the US are reviving the tradition of Krampuslauf with a variety of Krampus events. In fact, there will be a few local Krampus events in the Los Angeles area this year. We even have a new Krampus costume for the year which our customers love!

Now that you know about Krampus, let us know what you think about him by leaving a comment!