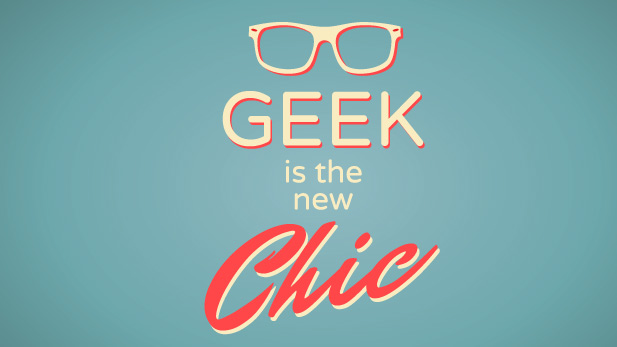 From TV shows like “Silicon Valley”, to movies like “The Social Network”, a trend across America is to be a Geek

‘Bazinga?
Yep. You read that correctly. There is a cultural change taking place with more people accepting, and in some cases even wanting, the proud label of Geek.  It is now a compliment to be a Geek, something that was not the case only 15 years ago.

Who wouldn’t want the favorable attributes of a Geek:  Being intelligent, a great source of technical advice, and a first adopter of technology?

With our increasing dependence on, and comfort with, technology, it is no surprise that those who once were looked down upon as being a “geek”, are now the ones creating or running the multi-billion dollar technology companies we rely on, like: Google (Sergey, Larry, Eric), Microsoft (Bill), Apple (Steve and Steve), or Facebook (Mark).

Quick Bet:  Your phone is on you, or within arms reach of you, right now.

The annual celebration of all things Geek has been May 25th since 2006, in honor of the premier of the first Star Wars movie in 1977 (obviously). Only real Geeks know that Star Wars was really the fourth chapter.  Try figuring that one out !!

So, dust off your action figures, proudly display your comic books, and put on that superhero T-shirt or pajamas (here) and celebrate Geek Day by appreciating the innovations and advancements that Geeks have made to our everyday life.

The Geek Pride Manifesto:
It is our right to:

It is a our responsibility to:

If you can’t write some code, then take a Geek out to lunch.  On this day, its okay to talk to your phone and not be on a call – just don’t argue with Siri.