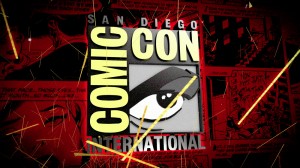 A convention is a pre-arranged gathering of fans of a particular film, television series, comic book, actor, or an entire genre of entertainment such as science fiction or anime and manga, gather to participate and hold programs and other events, and to meet experts, famous personalities, and each other.

“Con” has been used since before 1942 to mean a specifically fannish convention.

Conventions vary widely in their scope and size. Some conventions are small fancons, that is run by fans for fans, focusing on a specific topic or fandom, e.g., Vividcon, a 125-person convention devoted specifically to fannish vidding. At the other end of the spectrum are procons like the commercially-run San Diego Comic-Con, with hundreds of professional guests and over 125,000 fans attending. Comic-Con is also characterized by a huge corporate presence, with virtually every major Hollywood studio attending to promote upcoming television and films. Middle of the road are non-profit fan run cons with invited professional guests, such as Scorpio or Anglicon.

The first fan conventions were organized in the 1930s by fans and writers of Science Fiction, which was blossoming as a genre during the 1930s and 1940s. Science fiction writer Frederick Pohl claims that the first science fiction convention was a trip that he and seven other New York-area fans took to meet a similar group of fans in Philadelphia in 1936. A group of British science fiction fans had a more carefully planned public event in Leeds on January 3, 1937. The first World Science Fiction Convention (Worldcon) was held over the July 4, 1939 weekend in New York City and, aside from a few breaks during the second world war, has been held annually ever since.