Just because it’s their uniform doesn’t mean it always has to look the same. After ten years of on screen appearances, The Avengers have changed their appearances and suits quite a lot. We decided to focus on the original Avengers from the first movie and put together a list of their most notable uniform changes. Take a look at our simplified infographic and see below for more detailed information about the Avengers suits changes through the years. Tony Stark’s Mark I suit wasn’t the best, but it was also built while he was held captive in a cave. Once Tony makes it to his third build, the Mark III suit, Iron Man has his signature look! 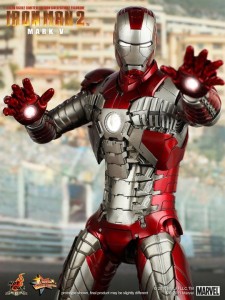 Audiences were wowed by the Mark V suit, when it basically appeared out of a briefcase in Iron Man 2! While it was both cool and convenient, it wasn’t his main suit for the film. His new suit, Mark VI was more streamlined and featured a triangular shaped Unibeam on its chest. 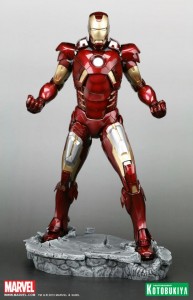 After the Mark VI suit was damaged, Tony switched to the Mark VII suit. Audiences were wowed again as this suit tracked Tony while he fell off a building and formed to his body mid-air. Once again this Iron Man suit has a circular Unibeam. 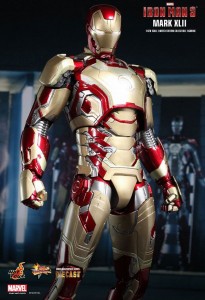 In Iron Man 3, we learn that Tony has made wayyyyy more suits since the events in The Avengers. His main one for the movie, Mark 42, features a new color scheme with more gold than red. Tony’s Mark 43 suit doesn’t feature a lot of new visual design features but it’s got more technology than previous suits. The real big change is the Hulkbuster Suit’s introduction. The Hulkbuster, Mark 44, was created by Tony and Bruce Banner to stop The Hulk if he ever got out of control. This eleven foot tall armor is the tallest and most heavy duty of all of Iron Man’s suits.

Steve Rogers gets his first Captain America suit while working for the USO. While this suit is definitely not meant for battle, it pays homage to the original comic book suit. When Steve decides to sneak off to save his fellow soldiers, he puts a jacket and pants over his suit to go into battle. After proving himself, Howard Stark meets with the Captain to give him new weapons, including his iconic vibranium shield. It’s then that Steve gives Stark ideas for a new suit design. From this, Captain America’s official suit is born.

After waking up from what was basically a 70 year ice coma, Steve finds that the world is threatened by the Tesseract once again. S.H.I.E.L.D. designs him a new suit with input from Agent Phil Coulson. This new suit has a more sleek and modern design but draws from the classic suit’s stars and stripes.

In The Winter Soldier, S.H.I.E.L.D. gives Steve a new suit to use in stealth missions. This new suit still features the stars and stripes but with a more modern and tactical design. The suit is also all navy and functions like a military black ops uniform

In Age of Ultron Tony Stark designs a new suit for Steve. While it resembles his original suit, it is more functional and durable. This suit features a small Avengers logo patch on each shoulder. His suit in Civil War has basically the same design but is improved for functionality. After leaving The Avengers, Steve removes the Avengers logos from the shoulders. 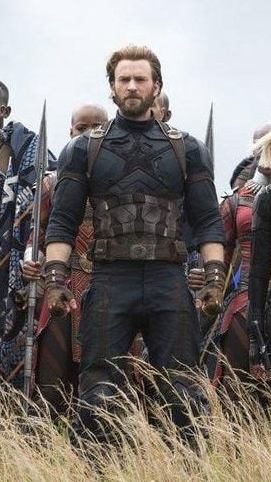 After going into hiding after the events of Civil War, Steve reappears in the same suit designed by Tony but with more wear and tear. He has removed the white star from the center of his chest and the entire suit appears darker due to dirt and battle damage.

Natasha Romanoff spends most of her first film appearance undercover as Tony Stark’s assistant. When she finally dons her signature suit, it is very similar to her comic book suit: a simple black catsuit fitted with gadgets! Her classic Black Widow symbol can be seen but in a subtle, darker tone. 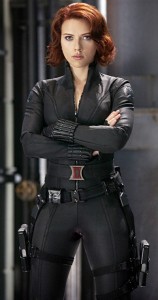 Nat’s back with new hair! While the base of her suit is the same, her signature Black Widow symbol is now in a more prominent red color. Her suit remains basically the same for Captain America: Winter Soldier. 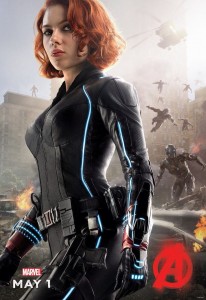 In The Winter Soldier Natasha’s costume didn’t change much but she sported a longer, straight hairstyle. When she returned for Age of Ultron, her suit had some cool, glowing details! For Civil War, Natasha was back to the non-glowing Black Widow suit with another new hairstyle. But after going into hiding with Captain America, she returned in Infinity War with a new suit and yet another hairstyle. Over her usual catsuit she wore a green tactical vest with protective armor on her sleeves. She traded in her handgun for a staff and dyed her hair blonde for the ultimate disguise. Thor’s suit is not far off from his original suit in the comics. It features scaled armor sleeves that can appear and disappear depending on the difficulty of the battle. His armor does not change much at all until four movies later in Thor: Ragnarok. 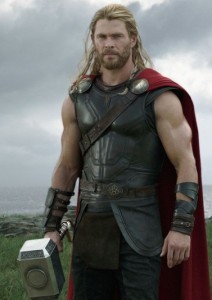 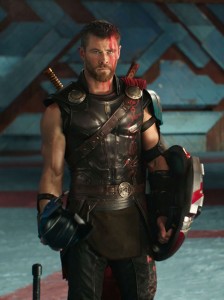 After Age of Ultron, Thor leaves the Avengers to search the galaxy for more Infinity Stones. Sometime during the search he must have ditched his usual suit because he shows up in Ragnarok with a new one. This new suit is not as flashy as his usual suit and has a more subtle cape and plain brown breastplate. During his capture on the planet Sakkar, Thor’s cape becomes ripped, his armor and face is painted, and his signature blonde locks are shaved! Infinity War takes place immediately after Ragnarok so for most of the film we see Thor in the same suit as the last film. It isn’t until he receives his new weapon, Stormbreaker, that he gets a new suit. This new suit has scaled armor sleeves, circular details, and cape just like his original suit, but this time everything but the cape is all black. 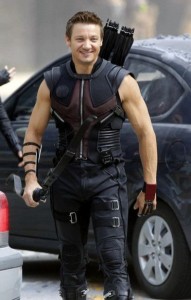 Clint Barton, or Hawkeye first made his on screen appearance in the first Avengers movie as a hero but soon became a villain under Loki’s control. Though he hasn’t had very many MCU appearances, his outfit changes drastically each time. His first suit consisted of a tactical vest with a high tech quiver and straps. 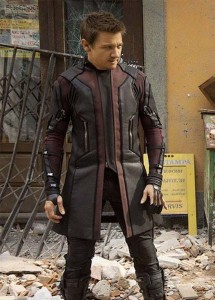 While Clint spends most of the time in his vest from the first movie, during the battle Sokovia, he is seen in a long tactical jacket. 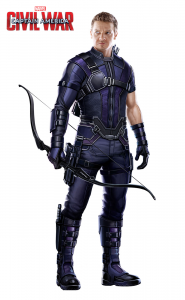 Hawkeye’s Civil War suit is the most complex to date. The suit is covered in tactical gear from head to toe with a backup gun and knife in case he runs out of arrows. This suit has one short sleeve and one long sleeve for… reasons. The suit’s color is beginning to get closer to his comic book suit which is purple. 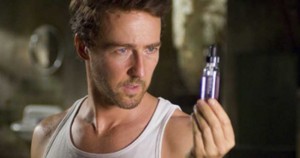 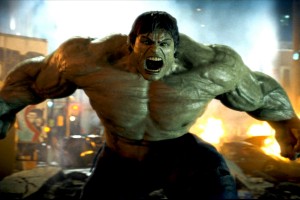 Hulk first came on the scene in 2008 as the second film in the MCU. At the time Bruce Banner was played as Edward Norton, but the Hulk had the look we’ve come to know and love. 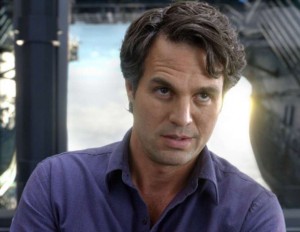 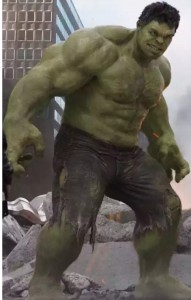 By the time The Avengers came out, Ed Norton was replaced by Mark Ruffalo as Bruce Banner. Hulk’s appearance remained the same. Hulk’s next appearances in Age of Ultron also saw no change in his look. 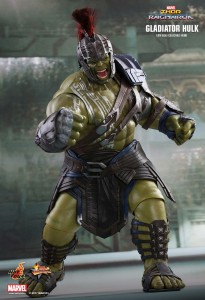 After crash landing on the planet, Sakkar, Hulk became a champion in The Grandmaster’s Contest of Champions. He was given a new gladiator type look that included a helmet, armor, loincloth/skirt, and sandals. Many fans also noticed Hulk’s face appears slimmer in Ragnarok. Although it hasn’t been confirmed, many believe it is due to Hulk becoming more intelligent and closer to Bruce Banner. After getting his butt kicked by Thanos in the first five minutes of the Infinity War, Hulk refuses to come out for the rest of the movie. During “The Battle of Wakanda”, Bruce Banner uses Tony Stark’s Hulkbuster suit from Age of Ultron to help fight off the enemy.